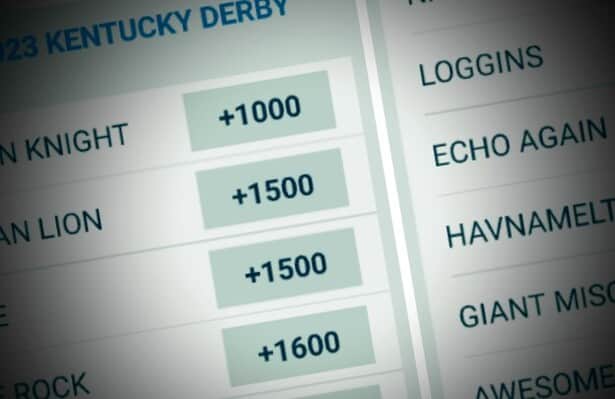 The names at the top stayed the same, but weekend races led to four new faces and changing prices in the Las Vegas futures market for Kentucky Derby 2023.

Tapit Shoes, who broke his maiden on his second try with a 7 1/2-length win going 1 1/16 miles at Fair Grounds on Saturday, opened at 75-1 at Caesars Sportsbook in Nevada. Trained by Brad Cox, the Tapit colt was a $300,000 yearling purchase who is owned by Spendthrift Farm and 10 other partners.

Post Time, a Frosted colt who ran his record to 3-for-3 for trainer Brittany Russel by winning Saturday’s Maryland Juvenile, was shortened from 125-1 to 100-1.

Speed Boat Beach, whose second turf win came Sunday in the Cecil B. DeMille (G3) at Del Mar, also was cut from 125-1 to 100-1. The Bayern colt is among the 15 Bob Baffert horses who are listed at Caesars, including the 10-1 favorite Arabian Knight. In order to race in the Derby, though, they would have to qualify and race for another trainer, because Baffert still is under a disputed suspension at Churchill Downs for Medina Spirit’s drug positive last year.

Point Proven also was cut from 125-1 to 100-1. The Gun Runner colt trained by Todd Pletcher most recently finished first in a Nov. 26 maiden race at Churchill Downs.

Dubyuhnell and Arctic Arrogance, the top two finishers in Saturday’s Remsen Stakes (G2) at Aqueduct, are each 125-1. Dubyuhnell, a Good Magic colt trained by Danny Gargan, made his first appearance this week in the Caesars futures. Arctic Arrogance, by Frosted from the Linda Rice stable, drifted from 120-1 to 125-1.

Tuskegee Airmen, John Servis’s Street Sense colt who finished third as the favorite in the Remsen, went from 135-1 to 150-1.

Spun Intended, a Hard Spun colt who won a maiden race for trainer Mark Glatt late last month at Del Mar, was the shortest-priced mover since last week, going from 70-1 to 65-1.

The addition of Tapit Shoes, Dubyuhnell and maiden winners Classic Legacy (135-1), Swirvin (150-1) brought the number of Derby betting choices listed at Caesars to 119.