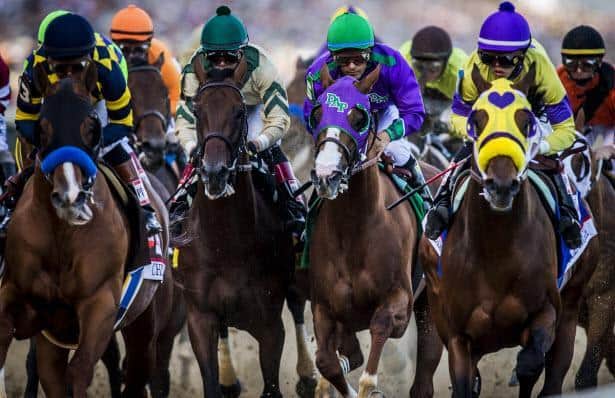 Jockey Gary Stevens, who will ride Mor Spirit in the 2016 Kentucky Derby, once told Jennie Rees that he believes in Derby Destiny and the winners were picked a long time ago. Whether it’s luck or superstition, owners and trainers have seen their own signs during the Triple Crown campaign, both good and bad.

Gato Del Sol (1982): Arthur and Staci Hancock were on their way to Keeneland to see Tap Shoes run in the Blue Grass when a black cat crossed their path. Staci yelled for Arthur to stop, but Arthur ignored the warning. Tap Shoes ended up being scratched after two inches of rain. One year later, the Hancocks were leaving dinner before Gato Del Sol’s run in the Kentucky Derby when a black cat crossed their path again. This time, Arthur heeded Staci’s warning, backed up, and drove down a one way street the wrong direction to avoid crossing the cat’s path. He was pulled over, but the officer let him off after explaining last year’s black cat experience and Gato Del Sol became the 1982 winner of the Kentucky Derby.

Real Quiet (1998) & Point Given (2001): After winning both the Kentucky Derby and the Preakness with Real Quiet, Bob Baffert was driving to his hotel when a black cat ran in front of him. Baffert continued on his way and Real Quiet lost the Belmont by a nose. Looking back on it, Baffert says he should have turned around and gone another way. In 2001, Point Given was the Kentucky Derby favorite. The morning of the race, a black cat ran across the track and Point Given finished fifth.

California Chrome (2014): The California-bred chestnut received his name from his white blaze and four white socks. Since white hooves are not supposed to be as strong as black hooves, four of them are not generally considered good among horsemen. Despite the fact, California Chrome proved he was able to overcome and won the Kentucky Derby and Preakness. His owners at the time, Steve Coburn and Perry Martin, didn’t want to change anything during Chrome’s Triple Crown campaign after their Derby luck. Chrome’s Kentucky Derby saddle cloth for morning works originally read “Califorina Chrome” and the owners asked for a misspelled saddle cloth at the Preakness and Belmont, which they received for good luck along with one spelled correctly for the races. Coburn also wore the same suit during all three Triple Crown races.