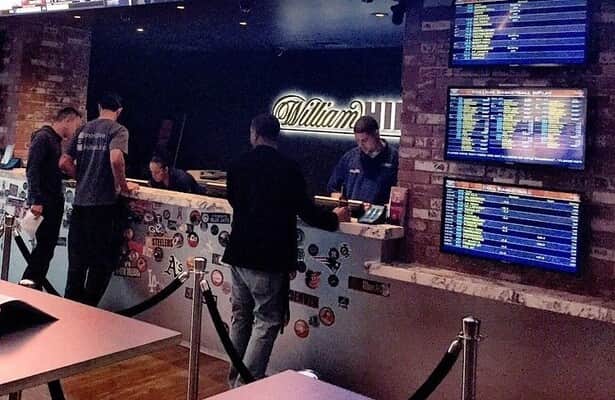 What is a Kentucky Derby 2022 futures bettor to do? Is it worth the risk that Bob Baffert will not win a reversal of his two-year ban by Churchill Downs just to bet that one of his horses might win on May 7? Is it worth ignoring the Baffert horses because that ban might stick?

Paul Bach considered those questions from the other side of the betting counter. As a senior trader for William Hill Nevada, he has spent 10 years writing Derby futures for 114 bricks-and-mortar outlets and a statewide betting app.

RELATED: Eligible or not, Baffert has 10 horses in Derby futures

Would he include Baffert 2-year-olds in this week’s opening futures? Or would he wait to see how the wheels of justice creaked in the dispute over whether Baffert should be punished after Derby winner Medina Spirit failed a drug test?

Eventually, Bach got back to basics and listed 10 Baffert horses, including the favorite Corniche (15-1), among the 127 choices William Hill offered futures bettors on the 2022 Derby.

“I did not take into consideration that they might not be able to race,” Bach said in an email response to questions about the opening odds. “If the horse is talented enough, I’m sure the connections will transfer training duties to another trainer.”

Starlight Racing’s Jack Wolf all but said that last week on the VSiN racing podcast, reinforcing the point that these early preps are not as important as they will be in the late winter and early spring, when they will have many more points on offer.

Baffert has three horses among the five shortest-priced choices in the William Hill pool. In addition to Corniche, whose 98 Beyer Speed Figure is the best of any 2-year-old in 2021, he has Del Mar Futurity victor Pinehurst (25-1) and maiden winner Winning Map (35-1).

“I try to include Baffert horses because I always get calls to add them,” Bach said. “I’m just saving myself aggravation.”

Yet to be seen is how Churchill Downs will handle Baffert horses in its first Kentucky Derby Future Wager next month. That will be the first of five weekends when pari-mutuel wagers may be placed on 24 betting interests for the race. If Baffert horses are not included individually, KDFW bettors may still put their money on them by choosing the “all other 3-year-olds” option, which covers horses not among the individual choices. They might even backdoor the process via the Kentucky Derby Sire Future Wager, which presumably will not have a Baffert asterisk.

Churchill is expected to start its futures around Thanksgiving, but William Hill got an early start on the campaign. It usually launches during Breeders’ Cup week. As Bach put it, “I went early because I had 125 horses on my list. Usually by the middle of October, I have 80 or so. So I decided to go with it.”

“Beginning in the spring when the 2-year-olds start running, I identify the 2-year-old maiden special-weight races,” he said. “I watch the race, and if I think the horse has some talent and upside, I put them in my stable. When the horse runs back, I adjust the odds or toss, depending on performances and the types of races and horses the connections are running him against.

“If the horse shows talent, especially if he does it impressively, he’s on the list. If he runs back poorly, the odds will reflect that.”

Since Caesars Entertainment completed its $4 billion takeover of William Hill in April, this is the first full Derby futures trail that will be under new management. That means Bach’s old boss and racing cohort Joe Asher is no longer a part of the process. But Bach said the futures are and always have been his baby.

“This has always been a team of one,” he said. “I decide who’s in, what the odds are and where they move.”