Kentucky Derby 2022: 11 trainers have the most contenders 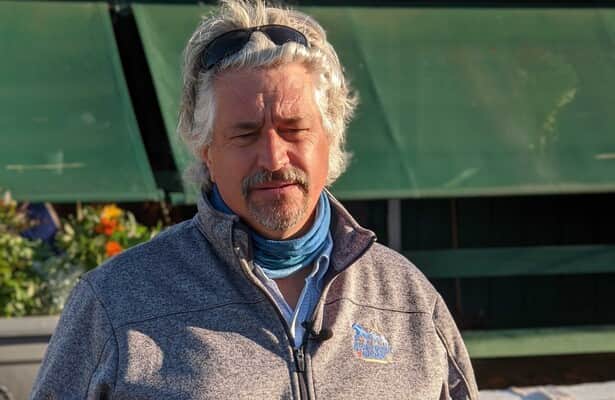 About the only thing missing in Steve Asmussen’s Hall of Fame career is a Kentucky Derby victory. That does not mean Las Vegas is shying away from him in 2022.

With 26 of his 3-year-olds among the betting choices at Circa Sports and Caesars Sportsbook at William Hill Nevada, Asmussen has nine more horses in the Derby futures than any other trainer.

There are 11 trainers with at least five horses apiece in the futures. They are ranked here by how many of their Derby candidates are taking action in Nevada. (Note: Circa = Circa Sports, C-WH = Caesars Sportsbook at William Hill Nevada, f = filly, g = gelding).

No trainer has won more races at Churchill Downs than Asmussen, who is 0-for-23 with the horses he has saddled in 16 runnings of the Derby. Epicenter (30-1), who won the Fair Grounds stakes named for Asmussen’s 2017 Eclipse Award winner Gun Runner, carries the shortest best price in the stable.

A Derby winner with Super Saver in 2010 and Always Dreaming in 2017, Pletcher shares the record with D. Wayne Lukas and Nick Zito for most starters in one Derby, entering five in 2007 and again in 2013. It is no surprise he has plenty of new candidates. Remsen (G2) winner Mo Donegal (38-1) is regarded by bettors and bookmakers as his best chance in 2022.

Even though he is banned through the 2023 Derby, Baffert’s seven victories in the race are keeping his horses in high regard. Breeders’ Cup Juvenile winner Corniche (13-1) is the Las Vegas favorite. Barring a change of heart at Churchill Downs, he and Baffert’s other contenders would need to be transferred to another trainer to get in the Derby, let alone win it.

Unless Mandaloun is awarded the 2021 Derby because of the late Medina Spirit’s drug positive, Cox and his fellow Louisville natives are still without a training victory in America’s biggest race. His maiden winners Rocket Dawg (45-1) and Cyberknife (50-1) carry his barn’s best prices.

In keeping with his reputation for hitting the board at long odds in big races, Stewart has eight horses carrying triple-digit prices to win the Derby. They are led by Ben Diesel (150-1), a debut winner at Churchill Downs.

Most of the U.S. and Canadian Hall of Famer’s horses are big long shots in the Derby futures, but Pappacap (50-1) is the exception. He finished second in his last two starts, both Grade 1s, most recently the Breeders’ Cup Juvenile.

Adept at turning maidens and claimers into winners, Maker’s possibilities to get his first Derby win are all at least 200-1. Stolen Base (200-1) leads them even though he has not won since his debut last summer at Saratoga.

Grade 1 winner Jack Christopher (29-1) may represent Brown’s best chance to break a personal Derby maiden. An injury cost the Munnings colt a chance to race as the morning-line favorite in the Breeders’ Cup Juvenile. He is due back as soon as next month, when he continues his campaign to be the first male since Riva Ridge 50 years ago to win the Derby after breaking his maiden on the main track at Saratoga.

Looking for his first Derby victory, Joseph has a list of long-shot contenders that starts with undefeated Make It Big (100-1), a $120,000 Neolithic colt whose triumph in the Remington Springboard Mile came after a pair of victories at Gulfstream Park.

Jim “Mattress Mack” McIngvale’s prized stallion Runhappy sired Smile Happy (22-1), who is in the care of McPeek. The connections’ reward so far has been a pair of victories in as many tries, including the Kentucky Jockey Club (G2) at Churchill Downs.

I’ll Have Another in 2012 and Nyquist in 2016 made O’Neill one of only 19 trainers with at least two Derby scores. Nyquist’s son Slow Down Andy (60-1) is regarded in Nevada as his best shot at getting to No. 3.