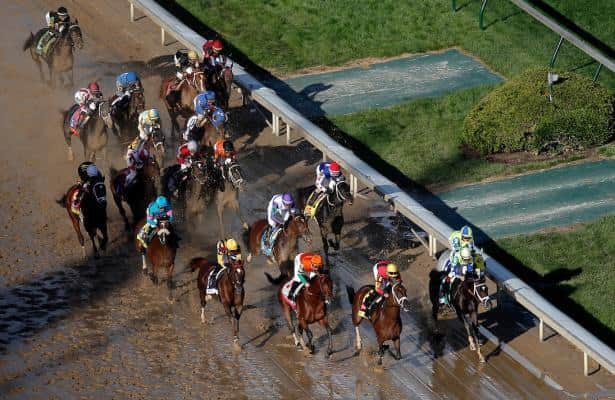 Studying past trends is a way to put the current Kentucky Derby into historical context. It can lead to eye-opening information, or it can be fool’s gold. Trends are often coincidental or muddied by live runners with terrible trips. But if the data pool is big enough, an anecdote can illuminate a pattern worth knowing.

The New York pathway to the Kentucky Derby has been significant. There have been quite a few Derby winners exiting the Wood Memorial. In fact, from 1980 to 2003, six Kentucky Derby winners last ran in the Wood. But the road has been a bit icy since Funny Cide outgamed Empire Maker in 2003. In the 18 years since, 52 Derby starters have raced in at least one of the major 3-year-old New York preps – Wood, Gotham, Withers. Only Revolutionary was able to hit the board. He was third in the 2013 edition.

The likely favorite for Kentucky Derby 2022 will be Epicenter, trained by Steve Asmussen. You’ll hear over and over again how Asmussen is 0-for-23 in the race. But he has saddled only four runners at 10-1 or less in the Kentucky Derby. He ran in the money with three of those lower-priced horses – Gun Runner, third in 2016; Nehro, second in 2011; Curlin, third in 2007. He also hit the board with 33-1 long shot Lookin at Lee when he was second to Always Dreaming in 2017.

Todd Pletcher couldn’t win the Kentucky Derby. Until he could. He had a miserable record in the Derby for many years but now has won the race twice in the last 12 years. Like Asmussen, he has done pretty well with his live runners. Of the 13 Derby starters he has had under 10-1, he has won twice and been in the money six times. Pletcher often has multiple starters. Since a few of those lower-priced runners faced each other, he actually has won two of 11 years he has had a Derby starter go off at under 10-1. That is an excellent 18 percent win ratio.

Since 1970, 31 of the 52 Derby winners came into the Derby off a win. That includes 10 of the last 11 years. Of the 21 Derby winners who came in off a loss, 17 beat at least one rival he was behind in the most recent prep race. It’s also worth noting that all but four winners in that span had finished in the money in their last race. Those four off the board were fourth in their prior race and produced some of the biggest upsets recorded in the Kentucky Derby – Mine That Bird, Giacamo, Thunder Gulch, Sea Hero.

Got to be close

Every Derby first-place finisher since 2015 either has been on the lead or was sitting second within a length of the leader in the early going. This is a departure from the prior years. From 1986 to 2014, there were exactly zero years in which two runners on the pace both finished in the superfecta. Since 2015, it has happened five times in seven years. Moreover, the first across the wire led at the top of the stretch five straight years and was no worse than third since Orb closed from fifth in 2013.

Beyer Speed Figures started appearing in Daily Racing Form in 1992. Since, only California Chrome won the Kentucky Derby without a Beyer of at least 100; his was 97. The average Beyer earned by the winner in the Derby has been just over 106. Additionally, only five Derby winners regressed from their previous Beyer earned and still won.

The horse entering the Kentucky Derby having earned the top Beyer Speed Figure in the field won 10 of the 30 years it has been tracked. They also have finished 10th or worse 10 times. The highest Beyer earned by a Derby runner was 120 by Bellamy Road in his 17-length Wood Memorial win. He finished seventh after pressing some of the fastest fractions ever recorded in the Kentucky Derby.

First time in the U.S.

Horses who last raced overseas are 0-for-25 since 1992 in the Kentucky Derby. The best finish was fifth by Master of Hounds in 2011. In recent years, the UAE Derby has been the most notable prep. Those horses are 0-for-16 with an average finishing position of 11th.

There have been 72 horses in the Derby who last raced on either turf or synthetic. They produced two winners – Animal Kingdom in 2011 and Street Sense in 2007. Overall only 5 of 72 (7 percent) hit the board during that span.

Originally from Minnesota, David Valento is a free-lance writer and handicapper who writes a blog for the website TrackPhantom.com.