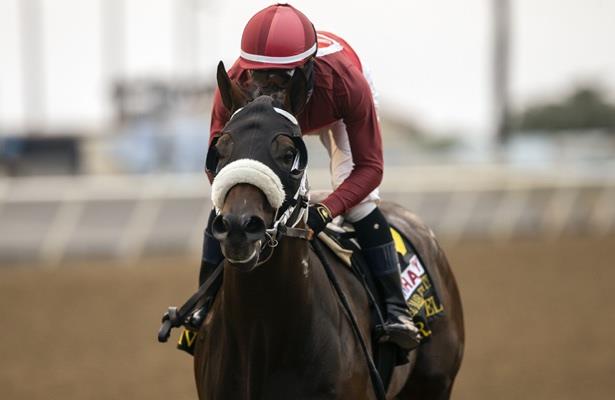 With the Breeders' Cup Juvenile in the books, early contenders for the 2021 Kentucky Derby have begun to emerge.

Jackie's Warrior rightfully claimed the top spot in HRN's 2-year-old rankings leading up to the Breeders' Cup, but after a fourth-place finish in the Juvenile and growing distance concerns, his arrow is on the way down.

The undefeated Essential Quality has taken over the No. 1 spot after his victory in the Juvenile. He is a deserving favorite, but a lot can happen between now and May.

• Six colts trained by Steve Asmussen in the top 40, including Jackie's Warrior and Whiskey Double.

Essential Quality — The Brad Cox trainee secured the top spot with an impressive score in the Breeders' Cup Juvenile.

Hot Rod Charlie — Mitole's half-brother climbed up to the third spot following his runner-up effort in the Juvenile at 94-1.

Keepmeinmind — Though he is still a maiden, he proved his runner-up finish to Essential Quality in the Breeders' Futurity was not a fluke with a third-place effort in the Juvenile.

Highly Motivated — Chad Brown's colt followed a maiden score with a sharp win in the Nyquist Stakes on the Breeders' Cup undercard.

Jackie's Warrior — The early Kentucky Derby favorite disappointed in his first test around two turns. He will have another opportunity to prove himself, but he might end up being a better sprinter.

Reinvestment Risk — He had run big figures while chasing Jackie's Warrior in prep races but could only manage a 10th-place finish in the Juvenile.

[RELATED: Kentucky Derby futures odds — who's up, who's down]

The contender rankings are generated by user and staff ratings for 2-year-old male horses. If the list is missing a horse you are watching, you may add that horse, rate it and watch it climb the ladder. Click here for more on HRN’s Power Rankings and voting.

Below is a screen shot of the top 20 contenders. Click the complete list of 2-year-old rankings to see all the contenders for the 2021 Kentucky Derby.