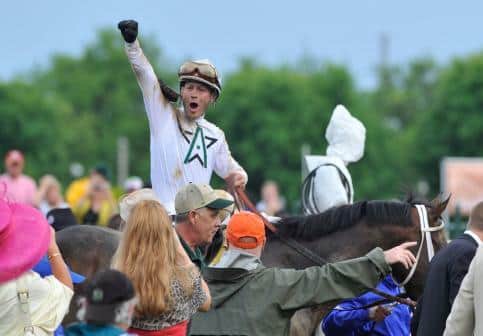 Year in and year out, there is no better betting opportunity then the Kentucky Derby. In a 20-horse field, recent Grade 1 winners can get away at double-digit odds, and exotic payoffs often are often through the roof (see chart below).

Even with Tiz the Law looming as one of the heaviest Derby favorites in recent memory, endless money-making possibilities exist. Recently the best horses have found ways to win the Derby. If Maximum Security would have been left up, it would have marked the seventh favorite in a row to win. Historically, however, that is not always the case.

Native Dancer was 3-5 when losing the 1953 Kentucky Derby, while Point Given, Bellamy Road, Unbridled's Song and Empire Maker all lost despite showing the same brilliance as Tiz the Law in their prep races. The margin for error, even for a top horse like Tiz the Law, is small and in a large field truly anything can happen.

Those willing to simply coincide the race to the heavy favorite still can turn a solid profit without just hammering him to win. Let's take a look at the 2016 Kentucky Derby. Going into the race, the three best horses in order appeared to be Nyquist, Exaggerator and Gun Runner. They were sent off in that order of favoritism and finished one-two-three.

This chalky trifecta still paid a whopping $178 for a $2 bet. There is no other race in America where a bettor can get that kind of return with the top three betting choices rounding out the trifecta.

To compare to a typical Grade 1 race, let's say that Tiz the Law wins the Derby at 1-1, Honor A. P. runs second at 8-1 and Art Collector runs third at 7-2. Those were the exact odds of Maximum Security, Sharp Samurai and Midcourt in the 2020 Pacific Classic. That trifecta paid $59.60, about three times less than the Nyquist trifecta, which would be about the ballpark of this year's Derby trifecta in the above example.

If one has a strong opinion on Tiz the Law, they can save money compared to a typical year by keying only him on top and could bet the trifecta five times instead of two to increase profit.

A good return can be had when the result is predictable, but it skyrockets when even one bit of chaos is thrown into the mix.

In 2017, favored Always Dreaming won, returning $11.40 for the win. Lookin at Lee and Battle of Midway decided to spice up the party by running second and third at 33-1 and 40-1 respectively. Both horses were not prime contenders, but they were not exactly hopeless longshots with no credentials. That trifecta, with the favorite winning, returned an astonishing $16,594 for $2.

Trifectas seem like the best mixture of value compared to difficulty in a large field, but exacta and superfecta wagering can be extremely fruitful as well.

Orb delivered as the mild favorite in the 2013 Kentucky Derby. Golden Soul, a 34-1 shot, completed the exacta. The $2 exacta paid a mind-blowing $981 with the favorite on top. One could have keyed Orb on top to the other 18 horses in the race second. That would have cost $36 for a $2 bet. Even if the second choice ran second, the bet would have netted a profit, but with a big price underneath, the return was huge.

Superfectas are challenging to hit in a large field, but the returns can be life changing. Bettors chase the often difficult Pick 6 for that once in a lifetime score, but the Derby superfecta can often yield a similar return.

Do not just sit this Derby out because Tiz the Law looks too tough. If he wins, get creative around keying him, as history has shown that a price is likely to run second, third or fourth. If he loses, then the floodgates open and opportunities are bountiful.

Below is a chart for the Derby exotic $2 payoffs since 1990. Winning favorites are in bold.

Need assistance uncovering this year's best Kentucky Derby longshots to play in your exotics? Visit our Super Screener page to get your copy of our proven criteria now!