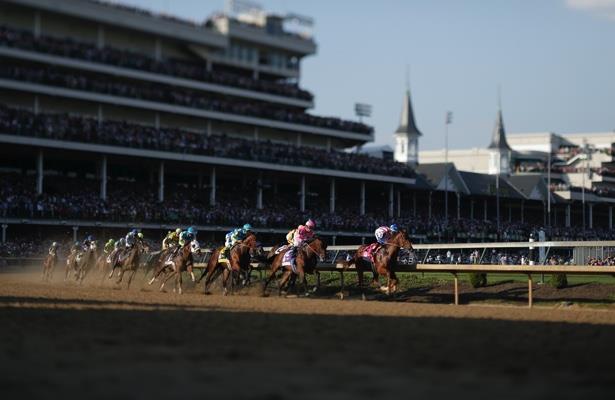 Along that long and winding road to the first Saturday in September, Tiz the Law has been at the forefront. He won five of the Derby qualifiers, accumulating a record total of 372 points, beginning with the Champagne (G1) in October and going to the Travers (G1) in August.

With the most Derby prep races offered in history, it is surprising that Shirl’s Speight is expected in the field without having even run in a points race.

During the points era, the Derby results have become remarkably consistent. The favorite frequently has been the winner while employing a stalking running style. Every horse to cross the finish line in first has had a victory in one of the 100-point races and was unbeaten during his 3-year-old campaign. Occasionally, a longshot has broken into the exacta, trifecta, or superfecta.

Since there will be a limited number of spectators at the track and online wagering will be encouraged, for the first time superfecta players will be able to bet in 10¢ denominations.

Tiz the Law [HRN odds: 7-5 – (372) 1st Travers (G1) – Constitution – B. Tagg/M. Franco – 7: 6-0-1 - $2,015,300] Tiz the Law has done nothing wrong on the road to the 2020 Kentucky Derby. With each of his four victories this year, he used his tactical speed to sit in a perfect position and when asked to run, he drew off to win convincingly. The Travers (G1) was by far his most impressive victory where he earned a career best Beyer Speed Figure. Trainer Barclay Tagg has experience winning the Derby with Funny Cide and Tiz the Law checks all of the boxes for recent winners of the Run for the Roses – stalker, winner of a 100- point race, and unbeaten as a 3-year-old. A deserved favorite, top choice

Art Collector [HRN odds: 5-1 – (150) 1st Ellis Park Derby – Bernardini – T. Drury Jr./B. Hernandez Jr. – 9: 5-1-0 - $664,380] Art Collector comes to the Derby riding a five-race winning streak that began at Churchill Downs in November. He has won races on the front end and from a stalking position. The son of Bernardini, who won the 100-point Blue Grass (G2) and then the Ellis Park Derby, has the feeling of a horse that should be able to get the ten furlong distance. Without a Grade 1 win, Art Collector reminds me of last year when Mr. Money swept through the mid-major Derbys. Trainer Tom Drury Jr. will make his first appearance in the Run for the Roses and jockey Brian Hernandez Jr. will make his third start. He is one of the few with a chance to upset the favorite. Trifecta finish likely

Honor A. P. [HRN odds: 6-1 – (140) 2nd Shared Belief – Honor Code – J. Shirreffs/M. Smith – 5: 2-3-0 - $382,200] John Shirreffs has a reputation as a trainer that first and foremost is patient with his horses. None more than Honor A. P. who has only five career starts and just three this year. From the beginning, supporters of this son of Honor Code have touted him as a horse that will relish the Derby distance. His best win came in the 100-point Santa Anita Derby (G1) when he beat Authentic after which he had a two month break before the Shared Belief. On that day, he was not a threat for the top spot and finished second. Now he will have to race away from his own stall for the first time in his career as one of the top three betting choices in the race. Best scenario, he comes running down the stretch and hits the board. Worst scenario, his inexperience gets the best of him in the large field and he runs poorly. With the Kentucky Derby you have to make tough decisions because you can only use so many horses and for me Honor A. P. does not have good value. Use underneath

Thousand Words [HRN odds: 10-1 – (83) 1st Shared Belief – Pioneerof the Nile – B. Baffert/F. Geroux – 7: 4-1-0 - $327,000] This Bob Baffert runner began his career with three victories and then threw in a couple of clunkers. Baffert somehow got Thousand Words back on track with a second in the Los Alamitos Derby (G3) and then an upset of Honor A. P. in he Shared Belief. When the five-time Derby winning trainer sends horses into the Run for the Roses they get bet. He’ll face a field loaded with horses that want to run a similar stalking trip and that we make it tough. Toss

Authentic [HRN odds: 12-1 – (200) 1st Haskell (G1) – Into Mischief – B. Baffert/John Velazquez – 5: 4-1-0 - $1,011,200] Authentic is Baffert’s top gun in the 2020 Kentucky Derby with only one loss in his career which came in the Santa Anita Derby. He then travelled across the country to win the 100-point Haskell (G1) by only a nose after having a couple length margin in the stretch. He may be on the lead in the early stages of the big race but he has the feeling of a horse who will not around in the final eighth of a mile. Mike Smith gets off him in favor of Honor A. P. and as a Baffert runner he will get bet. Toss

Max Player [HRN odds: 15-1 – (60) 3rd Travers (G1) – Honor Code – S. Asmussen/R. Santana Jr. – 5: 2-1-2 - $373,500] After running third in the Belmont Stakes (G1) and then the Travers, owner George Hall went looking for a trainer with Kentucky Derby experience and moved this son of Honor Code from Linda Rice to the Churchill Downs barn of Hall of Famer Steve Asmussen. It is worth noting that Asmussen is looking for his first win in the Run for the Roses and Max Player will be his 21st starter. All along he has had the look of a horse that can handle the mile and a quarter and he did that fairly well in the Travers. Use underneath

Ny Traffic [HRN odds: 20-1 – (110) 2nd Haskell (G1) – Cross Traffic – S. Joseph Jr./P. Lopez – 9: 2-3-2 - $565,470] Three straight second-place finishes on the Derby trail have shown the competitive nature of this Saffie Joseph Jr. runner. One more step and he would been the winner of the Haskell. He handled a mile and three-sixteenth in the Louisiana Derby (G2) in March. Aggressive rider Paco Lopez will stay on board and no doubt will try and have this New York-bred involved in the race early on. He’ll come with attractive odds as one who could find his way into the exotics. Use underneath

Caracaro [HRN odds: 20-1 – (60) 2nd Travers (G1) – Uncle Mo – G. Delgado/J. Castellano – 4: 1-3-0 - $238,800] Heading into the Travers, the lightly raced Caracaro had the look a 3-year-old that was ready to compete with top horses. He did just that by following up his place finish in the Peter Pan (G3) by beating everybody except Tiz the Law in the Midsummer Derby. He handled the ten furlong distance and rider Castellano, who is looking for his first victory in the Run for the Roses, has committed to stay on board. He’ll need to make another step forward to overcome his inexperience, but he should have the odds to take a chance to include him in some of your tickets. Use underneath

Dr Post [HRN odds: 30-1 – (80) 3rd Haskell (G1) – Quality Road – T. Pletcher/No Rider – 5: 2-1-1 - $361,635] As the second choice in the Haskell, Dr Post’s third-place finish was a bit disappointing. However, Monmouth Park figured to be a track that did not play well for a horse that wants to make a late run. He was a horse that had some buzz around him heading into the Belmont Stakes where he ran second. Now others will probably get more attention at the windows on the first Saturday in September. If you like him, here’s your chance to get big odds. Use underneath

King Guillermo [HRN odds: 30-1 – (90) 2nd Arkansas Derby (G1) – Uncle Mo – J. C. Avila/S. Camacho – 5: 2-1-1 - $340,350] King Guillermo was last seen in May running second in the Arkansas Derby (G1) behind Nadal. Before that the son of Uncle Mo won the Tampa Bay Derby (G2) at odds of 49-1. I wouldn’t be surprised if King Guillermo gets bet a bit. The prospect of a rookie Derby trainer getting him ready after a four month layoff and with a low profile rookie rider in the saddle makes him too risky to use. Toss

Shirl’s Speight [HRN odds: 30-1 – (0) 1st Marine (G3) – Speightstown – R. Attfield/C. Lanerie – 2: 2-0-0 - $86,893] This horse is going to get attention because his two wins were so visually impressive. He broke his maiden on the Woodbine turf and then won the Marine (G3) on their synthetic racing surface. Hall of Fame trainer Roger Attfield has only sent one horse to the Derby and that was back in 1995. Both of his wins came while pressing the pace or on the lead and there will be plenty of company out there on Derby day. He’s never run on the dirt and nor in the United States for that matter. Toss

Attachment Rate [HRN odds: 50-1 – (35) 2nd Eliis Park Derby – Hard Spun – D. Romans/J. Talamo – 8: 1-3-1 - $143,732] Attachment Rate has only a maiden victory to his credit although he did run second in the recent Ellis Park Derby following a fifth in the Blue Grass and a fourth in the Matt Winn (G3). Kentucky-based trainer Dale Romans has had 10 prior Derby runners with two third place finishes. Toss

Storm the Court [HRN odds: 50-1 – (36) 2nd La Jolla Handicap (G3) – Court Vision – P. Eurton/J. Leparoux – 9: 2-1-3 – $1,310,451] The Breeders’ Cup Juvenile (G1) winner has not had a victory since then, although he did hit the board in two other points races. In his recent turf debut, Storm the Court was second in the La Jolla Handicap (G3) at Del Mar. His ownership feels that he is likely to handle the ten furlongs which is out of the grasp of many horses in the field. Still, I don’t see him finding his way into exotics. Toss