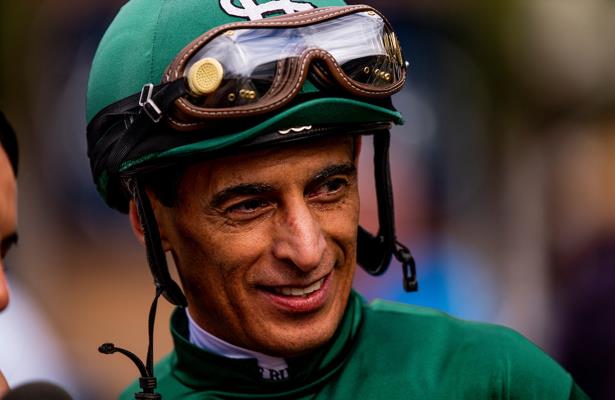 In a race full of jockeys who’ve never won a Kentucky Derby, Authentic will have one of the two most accomplished riders in the field aboard Saturday.

Hall of Famer John Velazquez will pilot Authentic in the 2020 Kentucky Derby, trainer Bob Baffert announced earlier this month. He and Honor A. P. jockey Mike Smith both have two Derby wins to their names, two more than any other rider in the field.

“I feel really good about the jockey,” Wolf said on an NTRA teleconference.

The Kentucky Derby will mark Velazquez’s first time aboard Authentic, who sports a 5: 4-1-0 record with more than $1 million in earnings.

Drayden Van Dyke piloted Authentic for each of his first four starts, including at Santa Anita in the Sham Stakes (G3) and San Felipe Stakes (G2). He was aboard for the Into Mischief colt’s only career loss, a second-place run June 6 in the Santa Anita Derby (G1).

Smith, who rode winner Honor A. P. in that race, took over riding duties for Authentic’s last start July 18 in the Haskell Stakes (G1). The Into Mischief colt eked out a nose win that day at Monmouth Park over fellow Kentucky Derby contender Ny Traffic.

Earlier this month, Churchill Downs announced COVID-19-related jockey protocols for the Kentucky Derby. Among those rules, riders must be in Louisville by Monday to participate in Derby week races.

Between that requirement and an overwhelming favorite in Tiz the Law, the 2020 Kentucky Derby colony looks different than in years past. Irad Ortiz Jr., Jose Ortiz, Joel Rosario, Luis Saez and defending winner Flavien Prat are among notable jockeys from the 2019 Derby who won’t be at Churchill this year.

Luckily for Baffert, he already had Velazquez committed to a Derby week mount in Gamine. Velazquez piloted the flashy filly to two dominant Grade 1 wins this summer in New York and will stay aboard Friday for the Kentucky Oaks.

So when Baffert needed a rider for Authentic, he didn’t have to look far. Velazquez will aim for his third Kentucky Derby triumph after winning in 2011 with Animal Kingdom and 2017 with Always Dreaming.

“Johnny’s been on Gamine and he surely would not miss riding her in the Oaks,” Wolf said. “Bob got a 2-for-1 with Johnny.”

The obvious question for Authentic is how he will handle the Kentucky Derby’s 1¼ miles. The colt’s victory in the 1 1/8-mile Haskell – where he seemed in control early in the stretch before barely holding on – raised doubts on that matter.

“Obviously, he didn’t finish well,” Wolf said of the Haskell. “You’ve either got to be one of two schools of thought. One is that he can’t get the distance or the other that he is an immature horse, a May foal.