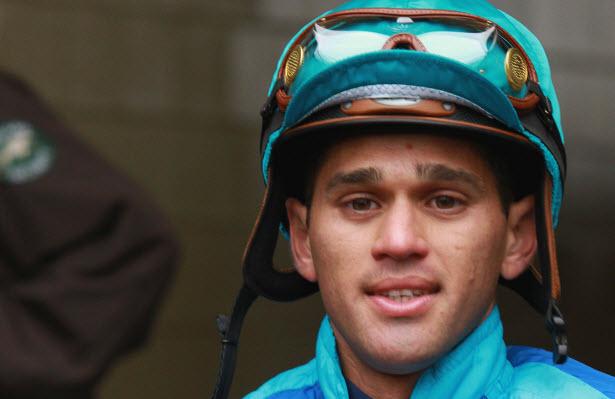 Churchill Downs' mandate that all jockeys arrive in the state of Kentucky by Aug. 31 has opened the door for many riders to have their first opportunity at Kentucky Derby glory.

Flavien Prat, Joel Rosario and Victor Espinoza are among the jockeys who have ridden a Derby winner but will not be in Louisville on Sept. 5. Top names that have yet to win the Derby, such as Irad Ortiz Jr. and Jose Ortiz, currently are not slated to ride in the $3 million race as well.

There could be as many as 18 jockeys who have never sat aboard a Derby winner in this year's race. Two-time Derby winners John Velazquez, who will ride Authentic, and Mike Smith, who will ride Honor A. P., are the only Derby winning riders with mounts as of now.

The opportunity of a lifetime is there for the taking in 2020 for many hardworking riders who dream of this moment. Let's take a look at the eight jockeys most likely to pick up their first Kentucky Derby victory.

There was plenty of chatter that Manny Franco should be removed from Tiz the Law after finding trouble in the Holy Bull earlier this year. Barclay Tagg stuck with his rider, and no one can argue with the results since. Following smashing wins in the Belmont and Travers Stakes, Tiz the Law will be a heavy favorite in the Derby. Franco picked up his first Breeders' Cup win last year aboard Sharing but has yet to come close in the Derby. He rode Tencendur, the 17th place finisher in the 2015 Kentucky Derby, and Spinoff, the 18th place finisher in the 2019 Kentucky Derby. All eyes will be on Franco as he is the even-money favorite to pick up his first Derby win.

Brian Hernandez Jr. has won more than 2,000 races in his career, many of which have come in Kentucky, but he has yet to hit the board in two Kentucky Derby tries. The 2012 Breeders' Cup Classic winning rider was aboard Tom's Ready when he ran 12th in the 2016 Derby and rode McCraken to an eighth-place finish in the 2017 Derby. Though many thought McCraken had a strong chance, Art Collector is undoubtedly Hernandez' best shot yet. The Blue Grass and Ellis Park Derby winner has the tactical speed to sit a great trip and likely will be the second choice.

Florent Geroux is widely considered one of the top riders in the sport, but he has yet to ride a Derby winner. His best chance came in 2016 aboard the immensely talented Gun Runner. Gun Runner, who kept getting better as he raced, could manage only a third-place finish. Geroux had the mount on Bob Baffert's Roadster, who appeared to have a good shot in last year's Kentucky Derby but finished 15th. Geroux teams up with Baffert again on Thousand Words, who is coming off of his best race yet with a victory over Honor A. P. putting him right in the mix.

It is shocking that Castellano has yet to win a Kentucky Derby. The Hall of Fame rider has won almost every race under the sun, but is 0 for 13 in the Kentucky Derby. He was aboard Normandy Invasion for a fourth-place finish in 2013 and Audible for a third-place finish in 2018, but that is as close as he has gotten. It took fellow Hall of Fame riders Mike Smith and John Velazquez many tries to win their first Derby, and the patience will pay off for Castellano someday. Though he will not be aboard one of the favorites this year, he is not without a shot. The improving Caracaro just ran a strong second to Tiz the Law in the Travers, and if Tiz the Law is truly that much better than everyone else, he could be in the money once again. If Tiz the Law runs into trouble, then the 14th try could be the lucky one for Castellano.

Paco Lopez has won multiple jockey titles in his career but has only been in one Kentucky Derby. He rode Firenze Fire to an 11th-place finish in 2018. Most would consider Ny Traffic a fringe contender in this year's Kentucky Derby. He has an improving pattern and was getting to Authentic late in the Haskell. He comes into the Derby fresh for rising trainer Saffie Joseph Jr. and certainly could hit the board, but he would need a lot of dominos to fall into place to get a win.

Samy Camacho may be the least known jockey on this list but he is no slouch, riding at 18 percent over the past three years. He has yet to win a Grade 1 race in his career, and this would be quite the way to do it. Tampa Bay Derby winner King Guillermo gives Camacho a better chance than many jockeys riding in the Derby for the first time. He is a talented colt with the upside and tactical speed to make some noise. He will be asked to run 1 1/4 miles off a four-month layoff, however, which is no easy task.

Santana has ridden many nice horses in recent years as Steve Asmussen's go-to man. Max Player's arrival in the Asmussen barn was good news for Santana, who has never ridden the colt before. Max Player ran third to Tiz the Law in the Belmont and Travers Stakes and is the type of horse who could hit the board again in the Kentucky Derby. Asmussen would have to improve the horse by leaps and bounds to win, but that is what Santana is hoping for. Santana has yet to come close to Derby fame, riding Creator to a 13th-place finish in 2016 and Untrapped to a 12th-place finish in 2017.

Lanerie has won more than 4,000 races in his career, many of them at Churchill Downs. It would be a special moment to watch the 10-time leading jockey at Churchill win the Derby for the first time. Lanerie finished 16th aboard Harry's Holiday in 2014, eighth aboard Mo Tom in 2016 and a shocking second on longshot Lookin at Lee in 2017. Shirl's Speight will be a longshot in this year's Derby, but unlike many of his rivals, no one knows what his ceiling is. He is undefeated in two impressive starts at Woodbine. It is a lot to ask a horse to try dirt for the first time while entering the Kentucky Derby for his third career start, but his upside is tantalizing. Though it would be a surprise if Lanerie picked up his first Derby win aboard this colt, this horse can run and he could be just good enough to make some noise.