Kentucky Derby 2019 odds: A non-Baffert runner on the rise 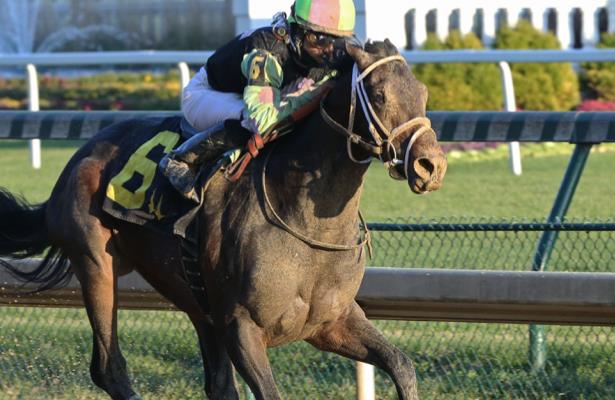 An updated look at William Hill US' odds for the 2019 Kentucky Derby starts, predictably, with unbeaten Game Winner the early 5-1 favorite and three Bob Baffert trainees among the Top 7 choices.

West Coast-based horses dominate the list, with recent Remsen Stakes (G2) winner Maximus Mischief at 15-1 the lowest-priced horse outside of California. Coliseum, Improbable and Instagrand are each 10-1 co-second choices and Roadster, a Baffert maiden winner hyped up over the summer, sticking at 20-1.

But there's another colt of interest who runs Saturday in Fair Grounds' $75,000 Sugar Bowl Stakes. And that's the last time we could see the Larry Jones-trained Super Steed going as short as six furlongs for a while.

Super Steed, a dominant winner of a Churchill Downs allowance back on Nov. 24, broke his maiden that day against winners. Since then, his price has dropped from a 100-1 opening to 18-1 at William Hill US.

"It’s been a little while since we’ve had one where I feel like hey, we’re back in this," Jones told us last month, following the Churchill score that earned Super Steed an 87 Beyer Speed Figure over a wet track.

Jones, who has twice saddled the Kentucky Derby runner-up, said that following the Sugar Bowl, he expects to run Super Steed in points-paying prep races at Oaklawn Park. The son of Super Saver drew the outside post position in a field of nine for the Sugar Bowl, which goes off at 6:20 p.m. ET Saturday.

As far as other recent swings in price, the 1-2 finishers of Sunday night's Springboard Mile at Remington Park -- Long Range Toddy and Bankit -- both saw their odds fall from 125-1 to 100-1. A California stakes winner, King Glorious hero Galilean, earned more respect, with his price also down 25 points but all the way to 50-1 off the state-bred score.

With points-paying preps done until the New Year, here's a full look at the board at William Hill US with the option to go full screen at the lower right of the window: