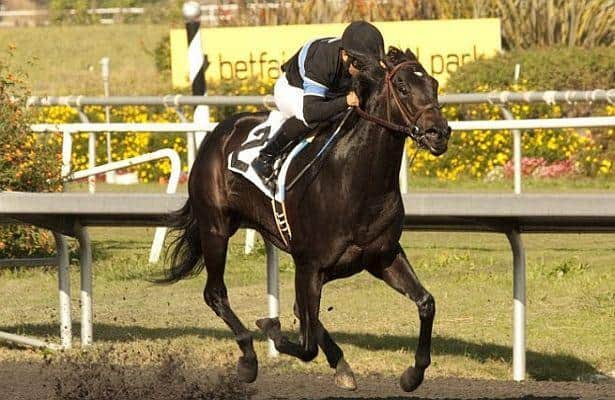 Shared Belief burst onto the Kentucky Derby 2014 scene on Sunday, leaving highly regarded returnee Kobe’s Back in the dust in the Grade III Hollywood Prevue Stakes.

In the 7f Prevue at Hollywood Park, he tracked the pace in 2nd, took over in the lane, and drew off to win by almost 8-lengths. The sharp gelding completed his final furlong in 11.76 seconds and earned a 99 BSF.

Kobe’s Back rallied to finish a clear 2nd in his first start in more than four months. He generated buzz after a slow start and fast finish in his June Hollywood debut for Sadler, but he owns a less than stellar route pedigree and sports the look of a late running sprinter at this stage.