Keepmeinmind scratches from the Pennsylvania Derby 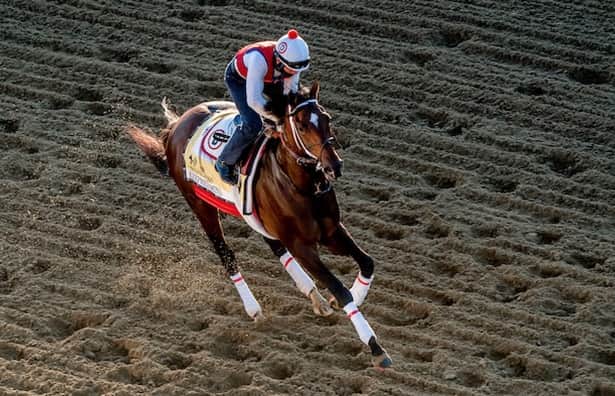 Keepmeinmind will scratch from Saturday’s Pennsylvania Derby (G1) at Parx due to a foot issue, trainer Robertino Diodoro confirmed to Horse Racing Nation on Friday.

“Abscess in his left front foot this morning,” Diodoro said in a text message. “Terrible timing.”

The Laoban colt was an 8-1 third choice on the morning line for the race, in a loaded field that is set to include Hot Rod Charlie and Midnight Bourbon. Morning line 2-1 favorite Medina Spirit had already been announced as out of the race.

Click here for Parx entries and results
Keepmeinmind had been set to start from post two. Most recently, he was fourth in the Travers (G1) at Saratoga on Aug. 28. He had last trained on Thursday at Belmont Park, going four furlongs in 48.57, good for 16th out of 92 works at the distance.

“He is sulking a little bit right now,” Diodoro said in a Parx press release. “Those abscesses, they’re painful. He will be back to himself in a few days.” The colt, who finished seventh in the Kentucky Derby this year, has run well in 2021, but has not managed to earn a victory yet, coming closest in the Jim Dandy (G2), where he finished second. He won last year’s Kentucky Jockey Club (G2) at Churchill Downs.