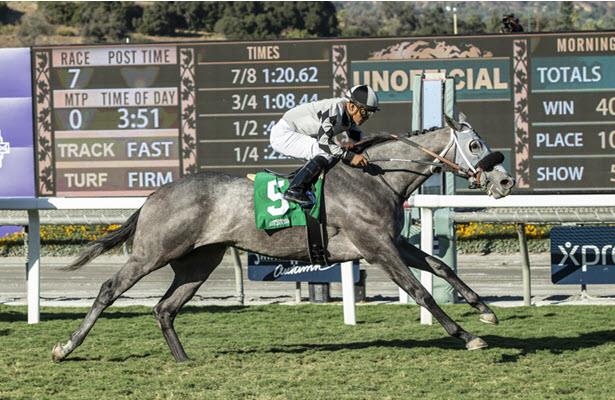 Keeper Ofthe Stars, who gave trainer Jonathan Wong his first Grade 1 stakes win when she captured Santa Anita’s Gamely on May 25, returns in less than a month for Saturday’s Grade 3 Wilshire Stakes for fillies and mares three and up at a mile on turf.

“She’s doing well and she really likes the Santa Anita turf course, so we wanted to get another race over it,” said Wong in explaining the decision to run in the Wilshire.

Should she win, it would mark her third straight graded stakes success, not surprising since the four-year-old gray daughter of Midnight Lute has a penchant for stringing victories together.

In 2019 she won three in a row at Golden Gate Fields prior to being trained by Wong, won two straight for Wong last fall and now seeks to add to her triumphs in the Grade II Buena Vista and the Gamely.

Abel Cedillo, who has ridden Keeper Ofthe Stars in seven of her 15 career starts, the last six in a row, once again will be aboard for owner Tommy Town Thoroughbreds, LLC.