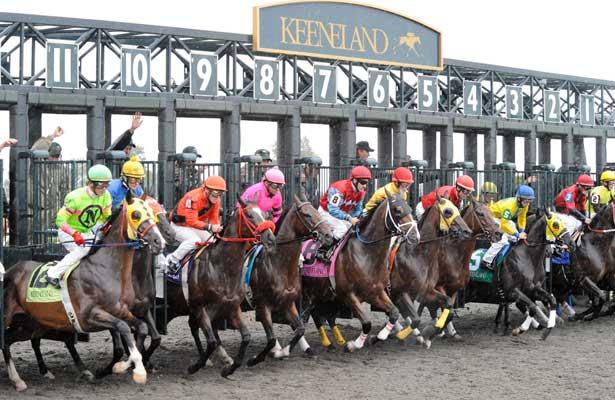 The Lexington, Ky., track's Fall Stars Weekend opens the 17-day season, which also features the repositioning of the Grade 2 Fayette to join the Queen Elizabeth II Challenge Cup (G1) on the second Saturday of the meet and serve as a prep for the Breeders’ Cup Classic on Nov. 7.

“The Keeneland fall racing season is highly anticipated by horsemen and fans alike, but this one is even more exciting as it serves as a prelude for the Breeders’ Cup at Keeneland,” Keeneland Vice President of Racing Bob Elliston said. “We expect to welcome many Breeders’ Cup-bound stars, both human and equine, that will boost the racing competition and the handicapping fun during the Fall Meet and build momentum leading into the World Championships.”

Keeneland will host the Breeders’ Cup for the second time following its successful debut at the track in 2015.

Nine Fall Stars Weekend stakes are “Win and You’re In” events, part of the Breeders’ Cup Challenge Series, which awards each winner an automatic and free entry into the World Championships: