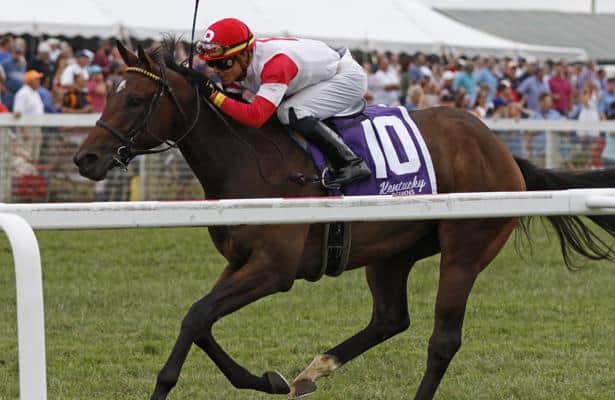 Keeneland-based trainer Wesley Ward said eight horses he trains have been pre-entered in the Nov. 2-3 Breeders’ Cup World Championships at Churchill Downs. All are fillies and mares.

Breeders’ Cup pre-entries will be announced Wednesday at 11:30 a.m..

He is excited about participating in the new Breeders’ Cup race.

“It’s a fantastic race,” Ward said. “At this time of year, for the most part, I’m kinda looking to give them a break because there’s really nothing for a 2-year-old turf sprinter. (This race) has opened up a lot of opportunities not only for me but for the Europeans. It should be a really good, exciting race.”

On Tuesday morning, Moonlight Romance and Stillwater Cove worked in company over a turf course labeled as good.

Also working for Ward on the dirt was Kirby’s Penny, who drilled a best-of-six five furlongs in :59.20.

Lothenbach Stables’ Winning Envelope was pre-entered for the $1 Breeders’ Cup Juvenile Fillies Turf (G1), according to Neil Pessin, who has been overseeing the 2-year-old’s training here for Chris Block.

“She was a private purchase after she won her first race at Arlington by six lengths in August,” Pessin said. “She won in hand and under wraps, and she is a More Than Ready (a successful turf sire). Chris had been watching her a couple of months before she ran.”

Off the maiden win, Winning Envelope was favored in the Arlington-Washington Lassie, which also was run on the all-weather track and finished fifth. In her grass debut, she won going a mile at Churchill Downs by 4¾ lengths on Sept. 29.

“She came here after she won at Churchill,” Pessin said of the filly who has had two half-mile works on the dirt here. “She probably will work again here Saturday and then ship to Churchill Sunday.”