Justaholic sprints home ahead of Fig Jelly in Wolf Hill 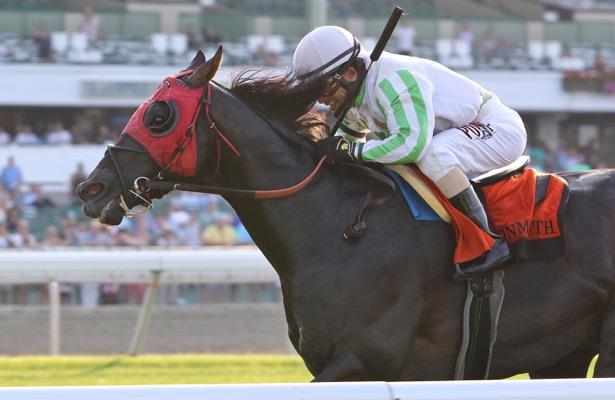 In the $75,000 Wolf Hill Stakes run at about 5 ½ furlongs on the grass, it was Justaholic who dashed home first in 1:01.37, one length ahead of the Jason Servis-trained Fig Jelly.

Justaholic, ridden by Jose Ferrer, sat third in the early going, made a three-wide move at the top at the stretch and wore down his rivals through the lane.

Fig Jelly was 2¾ lengths better Mai Ty One On.

“He’s just an amazing horse,” trainer Tom Clark said. “It’s just a great feeling. It’s his second race back and they move up from that.

“He had some time off from a foot issue, but he’s come back great. It’s hot but I’ve raced in hotter. They all have to run in it too so it’s a level playing field.”