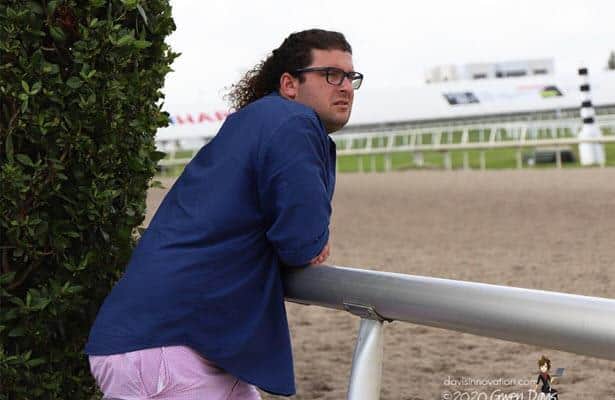 After adding the inaugural fall-meet title Sunday to his ever-growing list of accomplishments at Gulfstream Park, trainer Saffie Joseph Jr. is setting his sights on the upcoming 2021-22 championship meet.

Joseph, whose 36 victories during the fall more than doubled the total of nearest competitor Jorge Delgado, finished second behind perennial leader Todd Pletcher during last season’s championship meet, eight wins behind the Hall of Famer’s 58 wins.

“The championship meet is Todd’s meet,” Joseph said. “Last year we were pretty close, but we didn’t have as many horses as we have this year. I think we can give him a run for his money.

“He’s a legend at Gulfstream. What is it 15, 16, 17 years? We hope to follow in his footsteps and one day take a run at him. Will it be this year, next year or the future? I think with the horses we’re getting, and with so many owners supporting us, I think it’s possible.”

The 34-year-old Barbados native has long been a fan of the newly inducted Hall of Famer, who has captured 18 consecutive championship-meet titles.

“I grew up coming here from Barbados on holiday when I was 16, 17, seeing Todd,” Joseph said. “I would just bet Todd and Johnny (Velazquez). That was my favorite combination. Just being able to compete against him, he’s an icon trainer. I’m just thankful to be in this position.”

“I’m just thankful for the horses we have for the people we train for,” he said. “We have a good team. That’s the important thing. You need the horses and a good team behind you.”

Joseph did get the better of Pletcher on Sunday when he saddled Girolamo’s Attack (2-1) for a front-running victory in the $60,000 Miami Gardens Handicap. Pletcher-trained Fearless, who captured the Gulfstream Park Mile (G2) in February, finished second coming off a six-month layoff.

Jockey Edgard Zayas, who dominated the jockeys’ standings with 43 wins, once again enjoyed success while teaming with Joseph on Sunday while guiding Girolamo’s Attack to victory in the mile overnight handicap, in which he carried five fewer pounds than Fearless, the 125-pound high weight.

Girolamo’s Attack, who captured the Oct. 27 Miami Beach Handicap in similar fashion, set fractions of 24.12 and 46.57 seconds for the first half-mile before holding off Fearless through the stretch to win by a length in a time of 1:34.50.

“His last race was a huge race, but I wasn’t sure if because the fractions were so slow, he kicked on and got brave” Zayas said. “But today he definitely showed he’s getting better and getting to be a nice horse. Early in this horse’s career he had some mental problems. He was a little crazy, but I think he’s getting it all together. Today, he acted super professional.”

“I’m really happy and blessed,” Zayas said. “I’m really appreciative of all the opportunities I get from the owners and trainers. The quality of horses in South Florida this time of year is getting better, and I’ve been getting on some nice horses. Hopefully, there are some big things coming up.”

Zayas finished fifth in wins and purses-won during the 2020-21 championship meet and looks forward to the upcoming winter meet that gets under way Friday, Dec. 3.

Zayas and Joseph also teamed for a victory with Designed for Kitten (3-1) in the fall meet’s finale.