Jonathan Wong is setting up shop in Kentucky 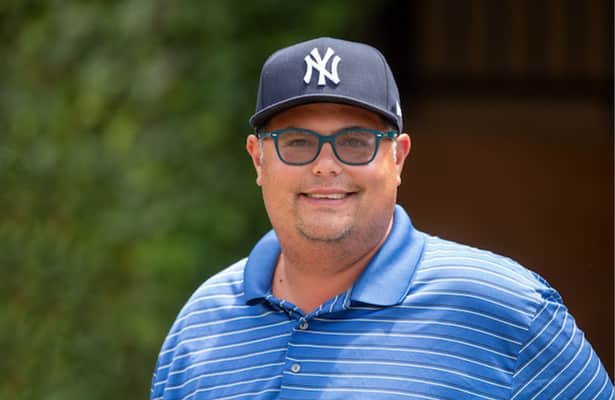 Jonathan Wong has decided that he prefers the Bluegrass State to the Golden State, at least when it comes to racing.

He boosted that effort by claiming five horses Wednesday evening at Turfway Park. He also claimed five during the Churchill Downs meet, though he had two horses claimed from him.

“We've been here since the Keeneland meet,” Wong told Horse Racing Nation on Thursday, “and through the Churchill Meet we've been running horses and stabled out here. But we're definitely trying to stay out here, make this more of our home base.”

Wong, who’s been training since 2014, said he’s up to about 32 horses in Kentucky and still has 80-plus in California.

“Eventually we're trying to get … our numbers down in California, focus more on Kentucky,” he said.

That first year of training, 2014, Wong started one horse. His barn has climbed in terms of starts and earnings each year since, reaching a high this year of $5,098,680 in earnings from 1,033 starts.

He cited a host of reasons for heading east.

“California, I mean, there's only three day-a-week racing. Purse money is not as good as it is here. The Kentucky purse money is better. And we have more options to race because we can shift to other tracks. If you don't get in at one, you'd have about four or five, six, seven different race tracks all within about eight hours you could run. It gives you more of an option, more of a chance to run your horses.

Wong has horses stabled at Churchill’s Trackside Training Center and at Turfway, but he’s having trouble finding space to accommodate his growing Kentucky operation.

“A majority of my owners want to race in Kentucky. The problem that we've run into thus far is stall space. … That’s been our biggest roadblock so far.”

But that’s just a snag. “We’re still figuring out our options,” he said. “We’re kind of learning on the fly how everything works out here.”

And as he learns, he remains positive.