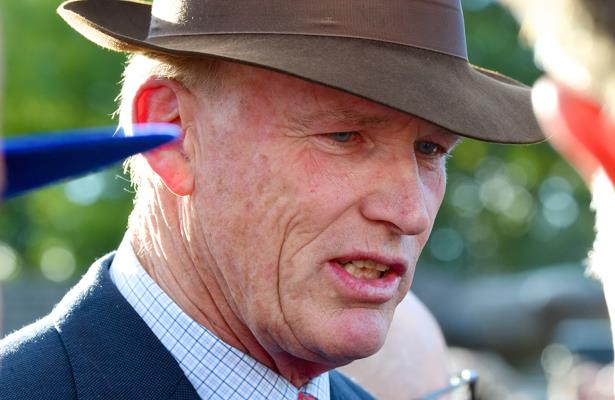 European-based trainer John Gosden has built a reputation for only shipping horses to North America that have a serious chance of winning. His five Breeders' Cup victories help back-up that assessment.

On Wednesday morning, it was revealed that Gosden pre-entered three horses for this year's Breeders' Cup at Keeneland Race Course.

Gosden joined the Breeders' Cup Teleconference Wednesday to discuss his entrants in detail.

Leading Gosden's charge will be Group 1 winner Lord North in the Breeders' Cup Turf. Gosden is excited for Lord North to be able to show his true form after running 10th on a very soft turf course last out.

"His last race was run on a quagmire," Gosden said during a Wednesday teleconference facilitated by Breeders' Cup. "We had record rain here in October. You were running in the deepest ground I've ever seen. It was that drying out ground that becomes very sticky, very gluey."

Gosden indicated Lord North has been training forwardly for the Turf and also confirmed Frankie Dettori will ride in the Breeders' Cup.

"We're looking forward to running him here," Gosden said. "He worked nicely this morning with Frankie Dettori on him. The plane leaves here on Friday."

While Mehdaayih was going well last summer, she has not sustained that form over the past year. Gosden believes there were valid excuses for her last few efforts and is looking forward to his 'wildcard" getting back on track.

"She ran in the Prince of Wales first race of the year for us and she worked well into it, but she ricked her back in the race and she didn't run that great so we had a whole time off with her," Gosden said. "We only just managed to get her back to the races the other day. She ran valiantly on very testing ground over the a mile and a half and ran a really good race, just struggled with fitness on it."

Making just her third start this year, Mehdaayih could be an interesting price play.

Gosden's final runner will be Terebellum. The Group 2 winning filly nearly defeated the boys in the Group 1 Queen Anne earlier this year and figures strongly in the Filly & Mare Turf over ground that she should enjoy.

"It was very, very soft ground for Newmarket. She found that a little bit testing. She's in top form, ready for this race and she'll be then heading to the breeding shed afterwards," Gosden said.

Terebellum has raced at one mile in each of her last three starts, but Gosden does not foresee the 1 1/4-miles of the Filly & Mare Turf to be a problem for 4-year-old daughter of Sea the Stars. She boasts three wins at the distane.

Gosden will be cheering on his Breeders' Cup runners from home, as he noted COVID restrictions have impacted his travel plans.

"My staff all had COVID-19 tests yesterday and they were all negative. I have a full team going, but I won't be there myself, sadly. I'll leave it to them and Mr. Dettori - he likes to play trainer to, so he can do both jobs," Gosden quipped.

Even with all the challenges facing the world, Gosden discussed the importance of supporting the Breeders' Cup.

"I've been a passionate believer in it since it started at Hollywood Park," Gosden said. "I remember so many people turned up that we ran out of programs. I always have had my heart in it from all the way through."