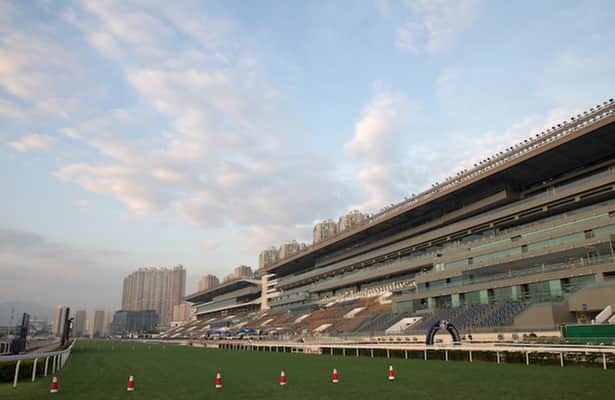 A serious fall in the Group 1 Hong Kong Sprint at Sha Tin Racecourse Sunday sent three jockeys to the hospital and resulted in the euthanizing of two horses.

HK Racing reports that the three jockeys involved – Zac Purton, the reigning champion rider from Australia, Lyle Hewitson of South Africa and Yuichi Fukunaga of Japan – were in stable condition after being sent to a hospital.

Andrew Harding, executive director of racing for the Hong Kong Jockey Club, told HK Racing that Purton and Hewitson were in intensive care but were conscious with stable vital signs.

He said Purton has upper-body injuries, but they didn't appear to be serious. Hewitson might have fractured his hip, and Fukunaga has a potential fracture of the clavicle.

The fall occurred when Amazing Star came down under Hewitson in the lead as the runners turned for home, according to the report. That created a ripple effect that brought down Purton on favorite Lucky Patch, Karis Teetan aboard Naboo Attack and Fukunaga on Pixie Knight.

Teetan was unhurt, but Amazing Star and Naboo Attack were humanely euthanized, according to the report. Lucky Patch and Pixie Knight are believed to have escaped serious injury.