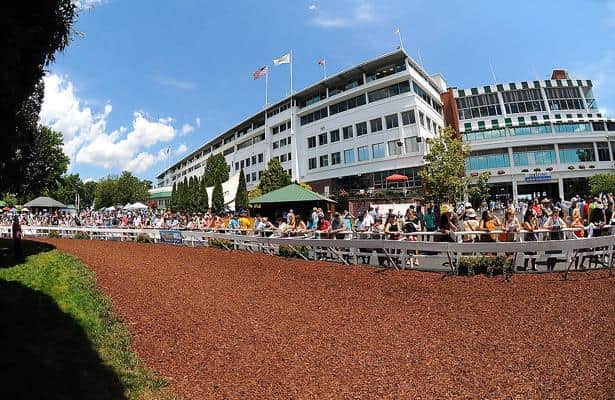 The Jockeys' Guild notified its members last week that, effective July 1, it no longer will provide coverage for riders at Monmouth Park and Meadowlands while New Jersey's strict, new crop restrictions are in place.

"It is our opinion and belief that this regulation is extremely dangerous and is creating an even greater risk to both the equine and human athletes, including the potential for injury and/or loss of life to the jockeys and the horses," the Guild said in a letter to members. "The increase of risk is thereby creating a greater exposure for the Jockeys’ Guild and the benefits that we provide to our members who are riding under such regulation."

The rule in question bans the use of the crop except for safety reasons, and it took effect when the Monmouth meet started May 28. The Jockeys’ Guild appealed the rule, and it now rests in the Superior Court of New Jersey Appellate Division. The court denied a request for a stay of the regulation in April.

The Guild also said it would not accept mount fees from members at either New Jersey track after July 1.

"The board of directors feels this decision is in the best interest of all of our members around the country in reducing liabilities that the Jockeys’ Guild could be exposed to as of result of the extensive dangers under the current regulations in New Jersey," the Guild said in the letter.

Terry Meyocks, president and CEO of the Guild, told Horse Racing Nation that the board decided on the move June 3.

"There's a number of options that they were considering," he said. "And one of the things was basically, until this is resolved in some way, to suspend the temporary disability, the life insurance and the AD&D to any jocks – not just jocks that are riding there but any jock that goes in there and rides in New Jersey until this gets resolved. It affects all members throughout the country. And jocks are saying that they've got to consider their family. Well, we've got to consider the risk and reducing liabilities to the guild and our members."

Dennis Drazin, CEO and chairman of Monmouth Park operator Darby Development LLC, said he is "kind of shocked that they would go to that extent to, in effect, directly punish the jockeys here for regulatory actions taken by the New Jersey Racing Commission.

"My view is it's uncalled for, and it's retaliatory and punitive. And they're directing their feelings at the wrong parties – these are jockeys they represent, and to take away their temporary disability, their life insurance, or accidental insurance seems like it's a drastic action."

Meyocks said that the matter is "black and white.

"If somebody gets killed and somebody dies in a race, our costs are going to go up. We pay temporary disability, somewhere around $600,000 a year, and we pay that out of our own pocket. So we cover that ourselves, and if jocks get injured, it's more cost to the bottom line or our budget."

The letter to members said the decision will remain in effect until the racing commission changes its crop rule, the Jockeys’ Guild board of directors makes a change or a decision is rendered by the Superior Court of New Jersey Appellate Division.

"We want to get along with the Guild; we want them to represent our jockeys," Drazin said. "We understand that they're upset. But Monmouth Park didn't do this. And our jockeys certainly didn't do it. So I don't think they should be punished."