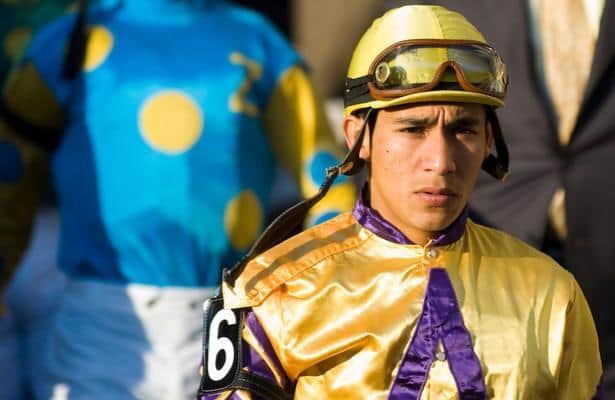 Lopez's first loss of the day came in the seventh race, as he finished second in a claiming race on Like What I See. He was then seventh in the eighth race, the Smart N Classy Handicap, with mount Bramble Bay, and off the board in the nightcap, a maiden claiming event, on Le Coste.

Lopez holds the single-day Monmouth Park record of seven wins which he has done three times, most recently Aug. 28.

For the year, Lopez sports a 483: 82-71-84 record with $3.43 million earned. His 17 wins during the current Monmouth meet are six more than the 11 races won by both Samy Camacho and Isaac Castillo.