Harr looks to break another record as Oaklawn opens 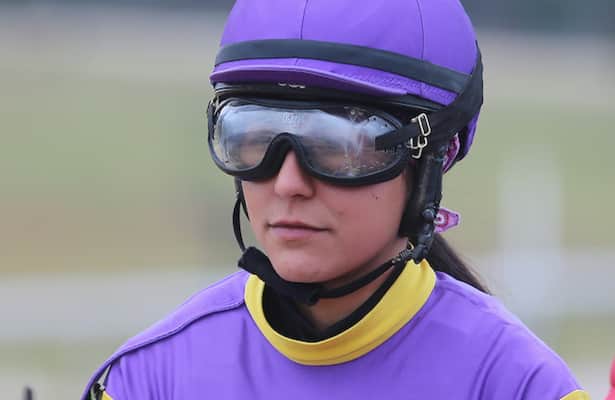 After becoming the first female jockey in Oaklawn history to surpass $1 million in purse earnings at a meet last season, Kelsi Harr is poised to break another record during the 2022-23 meeting that begins Friday.

See who the best riders are with the Hot Jockey Report

“That’s just crazy, too, because she was an amazing rider,” Harr said. “I’ve just got to credit the times changing and the money being better now because she definitely won races and was a good rider. To even be classified anywhere near her is amazing to me.”

Murphy, riding mostly as Cindy Noll, recorded 183 victories at Oaklawn from 1997 to 2006. She remains Oaklawn’s runaway leader among female riders for career victories. She also set a single-season Oaklawn record for victories by a female rider (47) in 1999. Harr has 39 victories in her Oaklawn career.

“I’ve met her, but that’s about it,” Harr said. “Wasn’t really paying attention to many people when I started this journey. I was just trying to be on the backside and groom and hotwalk. Exercise ride is all I really wanted to do.”

Harr is named on 14 horses in the first three days of racing at Oaklawn, including 13 for her fiancée, owner/trainer Robert N. Cline. One entrant for Cline, Arkansas-bred star Bandit Point, marked Harr’s first career mount and winner June 17, 2018, at Canterbury Park.

Bandit Point is scheduled to tackle open company in Saturday’s 10th race, a $104,000 allowance sprint that Cline is using as a prep for Arkansas-bred stakes later in the meeting. The 7-year-old chestnut, Harr’s all-time favorite horse, has $510,363 in career earnings.

“Bandit’s doing really good,” Harr said. “Excited to have him back.”

A native of tiny Slovak, Ark., about 45 miles east of Little Rock, Harr also gallops and works horses for Cline and is a longtime exercise rider at Oaklawn for trainer Al Cates of Hot Springs.