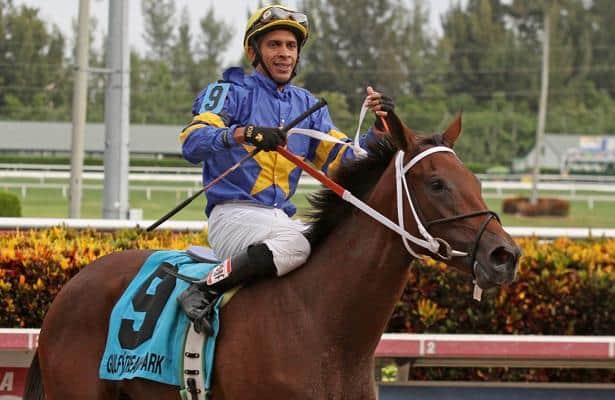 Jockey Orlando Bocachica was released from the hospital Wednesday evening. a week after breaking his arm and jaw when his mount in the second race Jan. 14, Centella, ducked into the gap after the start of the race, unseating the veteran rider.

"He was released (Wednesday evening) and he's feeling much better," said Bocachica's agent, Jay Rushing. "Now it's just a matter of the healing process taking over. I imagine he will be out a couple months."