Liveyourbeastlife to be supplemental entry for Preakness 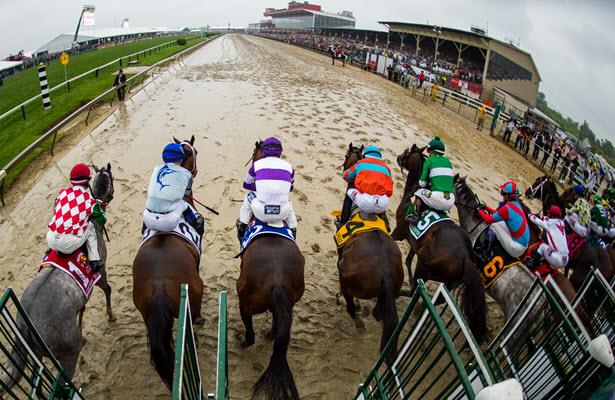 William H. Lawrence's Liveyourbeastlife, the runner-up in the Grade 2 Jim Dandy, worked five-eighths in 59.89 seconds Thursday over the Belmont Park main track in preparation for the Preakness Stakes on October 3 at Pimlico Race Course.

Trainer Jorge Abreu said he was pleased with the work, and the Kentucky-bred Ghostzapper colt will be supplemented to the third and final leg of the Triple Crown.

"He breezed really well today," said Abreu of the breeze in company with New York-bred Freaky Styley [59.80]. "He went in 59 and 4 which is something he's never done before. We're going to take a shot."

The dark bay Ghostzapper colt has improved with added distance capturing a nine-furlong allowance event over older horses on August 12 at Saratoga Race Course ahead of a closing second to Mystic Guide in the nine-furlong Jim Dandy on September 5.

"He didn't show much early on but every jockey that rode him never came back with a negative thing about him, they would say, 'this horse wants to run long,'" said Abreu.
Liveyourbeastlife utilized a prominent trip for his August 12 allowance win. After running sixth in the Jim Dandy, jockey Junior Alvarado said the horse struggled from the half-mile to the three-eighths pole.

"He's really weird. Sometimes he'll break and take himself back, the past two races he's been wanting to go," said Abreu. "Junior admitted he lost position at the half-mile pole and he had to do too much. If he had kept him forwardly placed, he probably would have won the race. He gave him too much to do from the quarter-mile pole on home."

Abreu said he expects Alvarado to retain the mount for the Preakness.

"He's a horse that needs somebody that knows him," Abreu said.

Liveyourbeastlife will have his final Preakness prep at Belmont one week from Saturday.

Out of the Kris S. mare Ellie's Moment, Liveyourbeastlife is a half-brother to Grade 1-winner on turf Time and Motion.