Jerome 2021: Odds and analysis for the Kentucky Derby prep 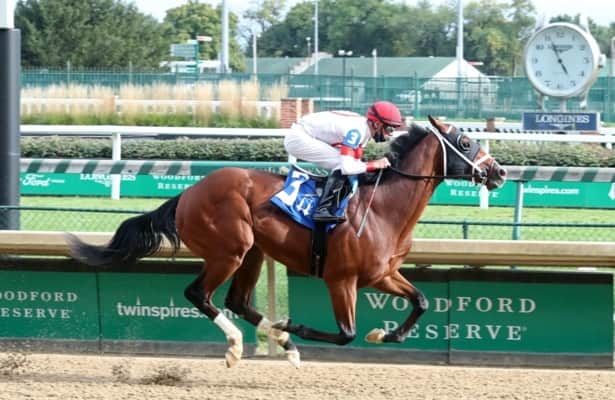 The road to the 2021 Kentucky Derby resumes with the first stop of the new year in the $150,000 Jerome at Aqueduct on Friday. The one-turn mile, in which participants are not permitted to use Lasix within 48 hours of post time, offers qualifying points of 10-4-2-1 to the top four finishers.

Friday, of course, marks the birthday of all Thoroughbred racehorses, so these five will make their first starts as 3-year-olds. It is a lightly raced group with two Kentucky-breds facing a pair of New York-breds and one California-bred.

Here is a full field analysis for the 150th running of the Jerome, which is scheduled as race 8 with post time scheduled for 3:50 pm ET. The morning-line odds come from the Horse Racing Nation staff.

1) Capo Kane [ML 8-1 – Street Sense – H. Wyner/D. Davis – 2: 1-1-0 - $32,000] This California-bred went to the sales ring four times, most recently selling for $28,000 in May as a 2-year-old. From there, he went to the barn of Parx-based trainer Harold Wyner. Capo Kane ran second in his debut going seven furlongs in October on a wet track and returned a month later to break his maiden on the front end going two turns. In both starts, he raced greenly, drifting out in the stretch. Wyner, who has been training since 2004 and has 210 career wins, looks for his first stakes victory. Recently, shippers from Parx have been doing well in New York. Use underneath.

2) Swill [ML 9-5 – Munnings – B. Cox/K. Carmouche – 4: 1-1-0 - $69,304] It took three tries for Swill to break his maiden with a front running effort as the 5-2 favorite when the blinkers went on. He was moved up to the Derby trail in the Kentucky Jockey Club (G2), where he ran fourth in a field of nine going two turns with the blinkers off. It is hard to ignore any horse that comes from the barn of Brad Cox these days, as he has been winning so many big races. Clearly, this field is a softer spot for Swill. Top choice.

Hold the Salsa was a debut winner in July at Belmont Park at odds of 26-1. He came back at Saratoga in the Saratoga Special (G2) in what was his only start against open company until now. On that day, he could not keep up with a field that had the speedy winner Jackie’s Warrior. Since then, he has two stakes wins against state-breds, including a late rally to win his most recent start going seven furlongs at Aqueduct. Hold the Salsa is the leading money winner in the field. Win contender.

4) Eagle Orb [ML 5-2 – Orb – R. Rodriguez/M. Franco – 5: 2-2-0 - $153,100] This New York-bred will have to make his first appearance against open company after racing in restricted races in his first five starts. Eagle Orb was a debut winner at Saratoga at odds of 4-1 while pressing the pace. Since then, trainer Rudy Rodriguez has raced him in state-bred stakes, where he was second in a one-turn mile at Belmont Park after setting the pace and getting caught by the eventual Remsen winner Brooklyn Strong. Eagle got his second win cutting back to a six-furlong sprint in the Notebook at Aqueduct and might prefer the shorter distances. Win contender.

5) Original [ML 9-2 – Quality Road – J. Terranova/J. Lezcano – 2: 1-0-0 - $44,630] Original debuted at Belmont Park in October on the main track with blinkers on. He had a rough start and finished last in a seven-furlong maiden special weight. Trainer John Terranova moved him to the turf the following month, took the blinkers off, caught a yielding course, and ended up a front-end winner. Now, he shows up back on the dirt in the Jerome, and we have to assume that Terranova is telling us that his debut race was a throw out. It’s hard to know what to expect in start No 3. Use underneath.

Summary: It is unlikely that this field of five contains a serious Kentucky Derby contender, and it might not even produce a Derby starter. Still, qualifying points will go to all but one of these 3-year-olds when the one-turn mile is complete.

Based on his fourth-place finish in the Kentucky Jockey Club, Swill appears to have a class edge over the two New York-bred stakes winners Eagle Orb and Hold the Salsa. Eagle Orb ran second behind a good horse in Brooklyn Strong and then won his next start. Hold the Salsa is the leading money winner in the field and is a threat to win also.