Japan Road to the Derby: Horses to know in the Hyacinth 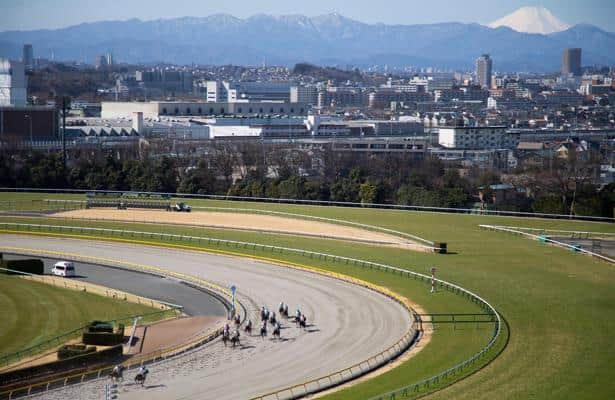 The Saudi Cup program is not the only global highlight this week. On Sunday, the Japan Road to the 2021 Kentucky Derby resumes with the Hyacinth Stakes at Tokyo Racecourse, awarding qualifications points on a 30-12-6-3 basis to the top four finishers. It is the third of four Derby points races on the Japan road.

A dozen promising 3-year-olds have been entered in the 1,600-meter event, which will take place at 12:25 a.m. EST. The 12-race card at Tokyo also includes the prestigious Grade 1 Mile Championship, in which reigning Hyacinth winner Cafe Pharoah will make his 2021 debut.

Who are the key contenders in the Hyacinth? And which horse(s) might we see compete in the Kentucky Derby 2 1/2 months from now? Let’s dig in and examine the most intriguing runners:

The Japan Road to the Kentucky Derby veterans

Two of the Hyacinth entrants already have competed on the Japan Road to the Kentucky Derby, with No. 8 Takeru Pegasus ranking as the more accomplished of the duo. A son of 2009 Belmont Stakes runner-up Dunkirk, Takeru Pegasus hasn’t missed the exacta in three starts, all running 1,600 meters at Tokyo Racecourse.

Takeru Pegasus first emerged as a Derby contender in the Nov. 28 Cattleya Sho, his most recent race. After leading the way early under Japan’s leading rider, Christophe Lemaire, Takeru Pegasus could not quite hold off the pace-tracking Lemon Pop, who forged clear to win by 1 1/2 lengths. But Takeru Pegasus nevertheless reached the finish line in a respectable 1:36.70 and was clearly best of rest, pulling 8 1/2 lengths clear of the third-place runner.

For the Hyacinth, Lemaire has jumped ship to guide La Perouse. But Yuga Kawada is an accomplished replacement for Takeru Pegasus, considering he finished second in the 2020 jockey rankings and won the 2016 Tokyo Yushun (Japanese Derby). Takeru Pegasus already has four Japan Road to the Kentucky Derby qualification points under his belt and can pick up more in the Hyacinth.

In contrast, the other Japan Road to the Kentucky Derby veteran — No. 4 Bakushin — is still looking to secure his first qualification points. Winner of the 1,400-meter Oxalis Sho at Tokyo two starts back, the son of Henny Hughes didn’t quite see out a 1,600-meter trip in the Zen-Nippon Nisai Yushun (local G1) at Kawasaki last December, finishing fifth by 8 3/4 lengths. Bakushin will need a step forward if he’s going to vie for a top-four finish in the Hyacinth.

If the Hyacinth produces a Kentucky Derby starter, it is probably going to be #2 La Perouse, the lone Triple Crown nominee in the field.

Conditioned by highly successful trainer Kazuo Fujisawa (whose recent stars include Japanese classic winners Rey de Oro and Soul Stirring), La Perouse failed to fire in his debut on turf but took a big step forward when tackling dirt in an 1,800-meter allowance race at Nakayama. Displaying a sharp turn of foot, La Perouse sprinted the final 600 meters in :37.90 to beat a large field by 2 1/2 lengths. Notably, runner-up Diluculum had defeated Takeru Pegasus in his previous start.

15th JRA in June on Turf, then won two at Monbetsu in summer, then this...pic.twitter.com/Ab17K1vla2

As mentioned earlier, La Perouse will be ridden in the Hyacinth by Christophe Lemaire. Another strong effort should be in the offing, with the Kentucky Derby looming large as a long-term goal.

The up-and-comer on a roll

Only one horse enters the Hyacinth off back-to-back victories, and that is No. 1 Taisei Slugger. After finishing second in his first two starts, the speedy colt improved to win a 1 1/8-mile maiden race at Nakayama and a 1,600-meter allowance race at Tokyo.

The latter effort was impressive on multiple levels. Dashing to the front over a muddy track, Taisei Slugger carved out the pace before digging deep to stem off 6-5 favorite Annunciation by a neck. By sprinting the final 600 meters in a quick 35.7 seconds, Taisei Slugger reached the finish line in a respectable 1:36.7.

Taisei Slugger’s tactical speed is an asset, and he’s clearly progressing in the right direction. He ranks among the logical win contenders in the Hyacinth.

It’s rare for fillies to contest U.S. Road to the Kentucky Derby prep races, but it is nothing unusual in Japan. Three fillies — No. 3 Zenno Ange, No. 7 Hokko Karyu, and No. 11 Ladybug — have been entered in the Hyacinth, and Ladybug in particular could be a threat.

A daughter of elite dirt star Hokko Tarumae (a 10-time Group 1 winner on the National Association of Racing and Japan Racing Association circuits), Ladybug dominated her debut at Hanshin by five lengths before squaring off against males in the 1,400-meter Hyogo Junior Grand Prix (local G2), where she came within a half-length of catching favored Dualist.

Ladybug finished fastest of all (dashing the final 600 meters in a quick :37.40) and pulled 3 1/2 lengths clear of Zenno Ange, so if she improves at all while stretching out over 1,600 meters, she can land a top-four finish in the Hyacinth.