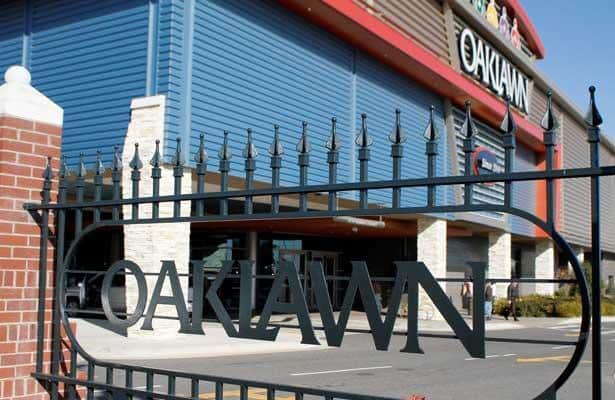 The race didn’t unfold the way trainer Tom Howard envisioned, but it was still the result he was seeking. Ivan Fallunovalot, trained by Howard, was a razor-sharp 8 ¾-length front-running winner of Thursday’s $62,000 allowance/optional claiming sprint for older horses at Oaklawn. The 5-year-old Valid Expectations gelding, who was ridden by Hall of Famer Calvin Borel, ran the fastest six furlongs of the young meeting (1:09.74) in what figured to be an audition for a return to stakes competition.

“We were hoping for somebody to set a little pace for us,” Howard said Friday morning. “We wanted a stalking trip.”
Instead, Ivan Fallunovalot beat multiple stakes winner Brewing to the front and coasted through a :22.55 opening quarter and a :46.03 half-mile. The gelding, in hand and ears pricked, opened a 4 ½-length in midstretch en route to the most lopsided margin of victory of the meeting. Howard praised Borel for seizing the early advantage.
“Calvin, he’s a smart rider,” Howard said. “He said they were going too slow and he knew to pick it up.”
Thursday’s victory marked the fourth in five starts for Ivan Fallunovalot since Howard claimed him for $25,000 last March at Oaklawn. He went on to win an allowance/optional claiming sprint at Oaklawn and Lone Star before capturing the $75,000 David M. Vance Sprint Stakes Aug. 16 at Remington.
The gelding hadn’t started since finishing fourth in the $150,000 Remington Park Sprint Championship Sept. 28 at Remington. Howard said had been pointing Ivan Fallunovalot for Thursday’s race since late September and called the performance one of his best since being claimed.
“It was just all our way,” Howard said. “We were in control, and the farther we went, the more control we had.”
Howard said Ivan Fallunovalot will be nominated to the $100,000 King Cotton Stakes Feb. 7, but is unlikely to run because the six-furlong race comes back too quick. The $100,000 Hot Springs Stakes March 7 is an option, Howard said. The Hot Springs is the final major local prep for the $300,000 Count Fleet Sprint Handicap (G3) April 11.
Ivan Fallunovalot races for Howard’s major client, Lewis Mathews of Bismarck, Ark. The gelding has bankrolled $142,200 since being claimed.
“It’s real exciting,” said Howard’s wife/assistant, Kathy. “Even if he wasn’t a nice horse, if he was just worth $5,000, he’d be a favorite because he’s so laid back.”
Voice of Oaklawn
Erin Johnson, the wife of Oaklawn-based trainer Mike Johnson, said she plans to audition for NBC’s The Voice next month in Atlanta.
“Even if they tell me, ‘No,’ I mean, it’s worth the shot,” Johnson said. “I think I’ve wanted to try out for that show since it came on. I like the premise of it.” The Voice, which debuted on NBC in 2011, tries to unearth new singing talent through public auditions.
Johnson, 35, grew up about two hours southeast of Hot Springs in Star City, Ark., and assists her husband with his stable and is an equine therapy practitioner (magna wave therapy). She is also an accomplished singer, too. She grew up in the choir and has been a member of the classic country-themed Cliff Berry Band for approximately four years. Berry was Oaklawn’s champion jockey in 2011 and 2012.
Johnson said auditions for “The Voice” are not blind. Instead, competitors are lined up and it’s like, “Sing, sing, sing; you, you, you.”
“It’s going to be a one-and-done kind of process, but I’m excited about it, though,” Johnson said. “It’s worth the shot.”
Rulings
Jockey Israel Ocampo has been suspended three racing days by Oaklawn stewards following an incident in the fourth race Jan. 17. Stewards cited Ocampo for allowing his mount, Lawless West, “to drift out three paths in the stretch” and “impede the progress” of Sakima in the mile race for 3-year-old maiden-allowance runners.
Lawless West finished first, a half-length ahead of Sakima, but was disqualified and placed second for interference in deep stretch.
During the period of suspension, Ocampo may ride in designated stakes races, but then must serve a replacement day of suspension. Ocampo is named on both halves of Scott Becker-trained entry of St. Louis City and Win’em All in Saturday’s $100,000 American Beauty Stakes for older filly and mare sprinters.
Finish Lines

Super Saks, who finished third as a maiden in the $100,000 Dixie Belle Stakes for 3-year-old fillies Jan. 15, worked 5 furlongs in 1:00.40 just after the track opened Friday morning for Hall of Fame trainer D. Wayne Lukas. … Lukas said Zee Bros, winner of last year’s $350,000 Frank J. De Francis Memorial Dash, is pointing for the $100,000 King Cotton Stakes Feb. 7 at Oaklawn. Zee Bros will be returning to sprints after finishing third in his two-turn debut, the $100,000 Fifth Season Stakes Jan. 16. … Mr. Z, third as the even-money favorite in Monday’s $150,000 Smarty Jones Stakes for 3-year-olds, galloped 1 3/8 miles before the break Friday morning. Lukas is pointing Mr. Z toward the $300,000 Southwest Stakes (G3) Feb. 16. … Trainer Mike Johnson said Drogue, unstarted since winning the $100,000 Fifth Season Stakes in January 2013 (ankle surgery), is jogging two miles daily and should begin galloping Feb. 1. The hope, Johnson said, is for Drogue to begin breezing by late February and make a start late in the meeting. Drogue is owned by Oaklawn President Charles Cella. … On-track handle Monday of $804,061 was up 10.2 percent over the corresponding day last year and the largest for the special Martin Luther King Jr. holiday program since 2010.