It's Exceed And Excel for Black Caviar 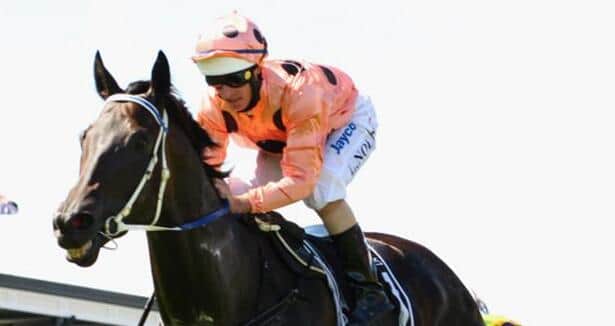 A MEETING of champions is set to take place during the upcoming southern hemisphere breeding season after it was confirmed by Australian media that Black Caviar, winner of all her 25 starts and currently riding high at the top of the International Federation of Horseracing Authorities' rankings, will be covered by champion sire elect Exceed And Excel.

Since news of Black Caviar's retirement in April, speculation has been rife as to which stallion would be the first match for the daughter of Bel Esprit, with bookmakers offering odds on a number of domestic and international sires.

In May, part-owner Neil Werrett confirmed that Black Caviar would not be visiting freshman sire Frankel, who will shortly commence covering a limited number of mares on southern hemisphere time, but that six candidates had been short-listed - five in Australia, and one abroad.

At the time, Vinery Stud stallion More Than Ready was installed as favourite alongside Coolmore's reigning champion sire Fastnet Rock, but Monday's announcement revealed the Darley shuttle sire had been chosen.

With just a few days of the southern hemisphere season left, Exceed And Excel is on course to land his first Australian sires' championship. The son of Danehill has earned over A$10,000,000 in earnings, a large portion of which was won by a top-class crop of juveniles headed by Golden Slipper heroine Overreach and dual Group 1 winner Guelph.