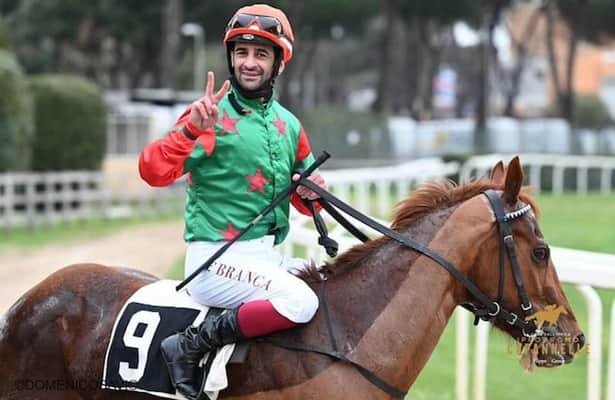 Italian jockey Fabio Branca was fined 3,184 euros (nearly US$3,800) and suspended for 40 days because of a fight after a Friday race.

European media outlets reported that the fight at Capanelle racetrack in Rome was with jockey Claudio Colombi, who was treated and released from a hospital after the fight.

The Capanelle commissioners reported that Colombi had been "lying in the ground in a pool of blood" and that Branca admitted to hitting him in the face in the jockeys room.

But on Saturday, Branca released a statement that said, "I did not hit Colombi in any way, there was a struggle in which we are at ended up on the ground, that's all."

The Sun reported that the scrap might have stemmed from a disagreement over something that happened in the second race, where Colombi finished third on Haven Park and Branca fourth on Ifrachy.