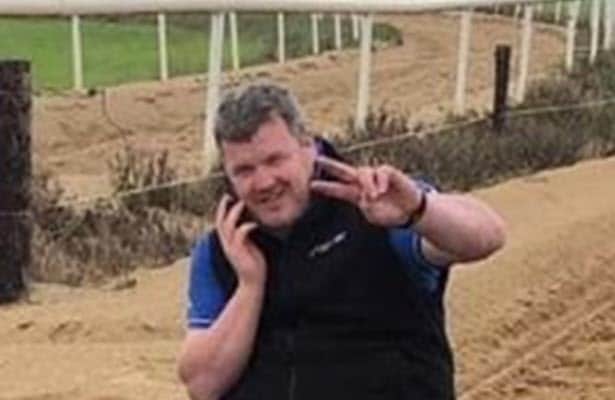 Irish trainer Gordon Elliott has admitted to and apologized for appearing in a photograph widely shared on social media that appeared to show him sitting on a dead horse while taking a phone call and gesturing to the camera.

Because of its disturbing nature, the full photo will not be posted by Horse Racing Nation. A cropped version of the photo is above.

“The photo in question was taken some time ago and occurred after a horse had die of an apparent heart attack on the gallops,” Elliott said in a released statement. “I appreciate that an initial viewing of this photo suggests it is a callous and staged photo but nothing could be further from the truth.”

Elliott claimed that he had received a phone call while helping to remove the body and sat down “without thinking,” while gesturing at a staff member who he said had shouted, to wait until he was done.

“To the racing community, to anyone who has worked with and loves horses and to anyone offended by this image I cannot apologise enough,” Elliott said.

The trainer is currently under investigation for the photograph according to a social media post by the Irish Horseracing Regulatory Board.

The Irish Horseracing Regulatory Board are aware of an image circulating on social media and the matter is under investigation.

The British National Trainers Federation released a statement saying many of its members had expressed disgust with the gruesome image.

“The NTF, which represents trainers based in Great Britain, wishes the public to be in no doubt that its members distance themselves from the behaviour on display in that image, and want to emphasise their deeply felt values of care, respect and love for the racehorse,” the statement reads. “These values underpin the public’s confidence in the sport, and are indispensable to the future prosperity of all who work in horseracing.”

While the Irish investigation takes place, Elliott will be barred from British racing as well, according to the British Horseracing Authority.

Owners of horses trained by Elliott will be allowed to run them in British events if they transfer them to another trainer.