Irad Ortiz's earnings, wins propel him to Jockey of the Week award 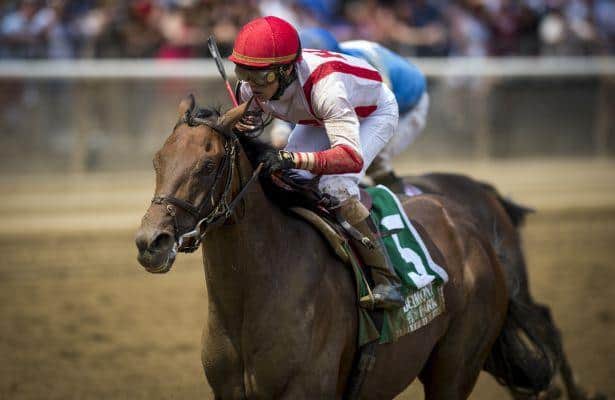 Irad Ortiz, Jr. stood out to voters with his number of victories and total earnings last week to be named Jockeys’ Guild Jockey of the Week for February 20 – 25, 2018. The award is voted on by a panel of experts for riding accomplishments by members of the Jockeys’ Guild, the organization which represents more than 950 riders in North America. Jockey of the Week is sponsored by Animal Element's Foundation Detox and Product X Performance Enhancer.

It is not uncommon for Irad Ortiz, Jr. to lead North American jockeys by earnings or wins, but he topped both standings last week, including 15 wins in a week shortened by holiday racing schedules and lacking many major stakes races. The next highest win total was posted by Diego Saenz, with nine victories.

Ortiz won four races on a card in two consecutive days last week; in the first, he won four races in a row. His four-race win streak culminated with a win in the $100,000 Hal’s Hope Stakes (G3) aboard Economic Model ($12.20) in an upset win over heavily-backed Irish War Cry. Ortiz and Economic Model won by nearly two lengths for trainer Chad Brown and owners Klaravich Stables, Inc. and William H. Lawrence.

Ortiz is the second leading jockey at Gulfstream for the current meet with 64 wins, one more than Tyler Gafflione. Luis Saez has a commanding lead in the standings with 100 wins in Hallandale Beach since the meet began on December 2, 2017.