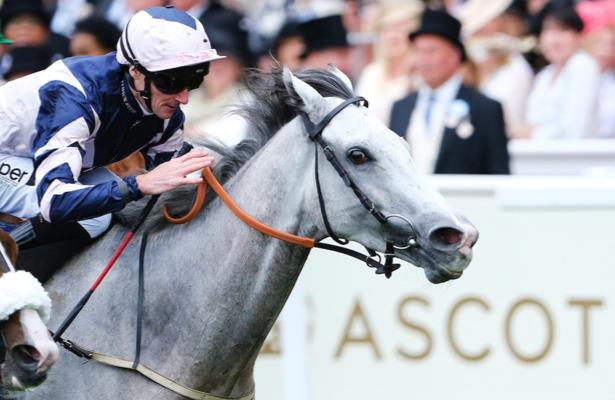 Group 1 racing action is on the agenda in England and France this weekend, led by a bevy of exciting events at Newmarket.

But American racing fans might be most interested to watch the Ballysax Stakes (G3) in Ireland, a European Road to the Kentucky Derby prep with the potential to produce a starter on the first Saturday in September.

Here’s how the action is shaping up on another busy week throughout Europe:

Half a dozen fillies and mares will face the starter in this 1-mile turf test, led by the improving 4-year-old Terebellum. A Godolphin runner trained by John Gosden, Terebellum has already fired off two big races this season, claiming the 1 1/4-mile Dahlia Fillies’ Stakes (G2) at Newmarket before coming up a head short while facing males in the 1-mile Queen Anne (G1) on opening day at Royal Ascot.

Dropping back in against fellow fillies and mares should make Terebellum tough to beat, though she’ll be a short price in the betting with popular jockey Frankie Dettori aboard. If you wish to oppose her, two-time Prix de la Foret (G1) winner One Master—who finished fifth in the 2018 Breeders’ Cup Mile—is a logical alternative.

And while Billesdon Brook (eighth in the 2019 Breeders’ Cup Filly & Mare Turf) will be a longshot, she’s also a classic winner by virtue of her triumph in the 1,000 Guineas (G1) going a mile at Newmarket two years ago.

Billesdon Brook reiterated her affinity for Newmarket when claiming the 1-mile Sun Chariot (G1) last fall, so although she could only finish ninth in the Queen Anne, Billesdon Brook is capable of springing a surprise if she brings her A-game in the Falmouth.

Star sprinters from Royal Ascot will face off in this top-level 6-furlong dash. The 3-year-old Golden Horde was a determined winner over American raider Kimari in the 6-furlong Commonwealth Cup (G1), stamping the son of quality sprinter Lethal Force as a slim favorite among British bookmakers.

But his older rivals Hello Youmzain and Sceptical were separated by just half a length when finishing first and third in the 6-furlong Diamond Jubilee (G1) at Royal Ascot, and both have back class bolstering their resumes—Sceptical had won four straight prior to the Diamond Jubilee, while Hello Youmzain claimed the 2019 Haydock Sprint Cup (G1).

And they’re not the only capable runners Golden Horde will have to face; Equilateral, for one, showed promise finishing second in Royal Ascot’s 5-furlong King’s Stand (G1).

In short, if you’re in the mood to watch an ultra-competitive sprint this weekend, the July Cup should fit the bill.

American racing fans will find a familiar face entered in the Summer Mile.

Lord Glitters has made a couple of transatlantic trips during his decorated career, finishing sixth in the 2018 Woodbine Mile (G1) and ninth in the 2019 Breeders’ Cup Mile (G1). But the French-bred 7-year-old has been at his best in England and scored a major victory over the course and distance of the Summer Mile in 2019, springing a 14-1 upset in the Queen Anne (G1).

Lord Glitters hasn’t run since last year’s Breeders’ Cup, so there’s a chance he’ll be short of peak fitness off the layoff. But whether he wins or loses is secondary to getting his season underway, and an encouraging effort in the Summer Mile could very well propel Lord Glitters toward another run in North America this fall.

The final European Road to the Kentucky Derby prep race offers qualification points to the top four finishers on a 30-12-6-3 basis, and should a Triple Crown nominee finish first or second, they’ll vault to the top of the local leaderboard.

With this significant prize on the line, two potential Derby candidates have entered the 1 5/16-mile race, which will be held over the synthetic track at Dundalk. Choice of Mine has already earned eight points on the Road to the Kentucky Derby by finishing second in the 1-mile Patton Stakes at Dundalk in February, while Monarch of Egypt is set to make his debut on the Derby trail (and on a synthetic course) after competing against tough company on grass.

Monarch of Egypt in particular warrants attention since he ran second in the Phoenix (G1) at the Curragh last summer, stamping his credentials as a high-level group stakes performer. Trained by Aidan O’Brien, who has saddled six starters in the Kentucky Derby, this talented Triple Crown nominee enters off a runner-up effort in the 7-furlong Jersey Stakes (G3) at Royal Ascot and towers over the Ballysax field from a class perspective.

But Monarch of Egypt has never run beyond a mile, and his pedigree (by American Pharoah out of Group 1-placed Galileo mare Up) is geared toward turf. The added distance and surface switch are major question marks for Monarch of Egypt to answer in this intriguing race.

Speaking of Monarch of Egypt, the horse who beat him by half a length in the Jersey Stakes (G3) at Royal Ascot last month—Molatham—is entered to race in the 7-furlong Prix Jean Prat. This late-running colt didn’t quite handle a mile in the Autumn Stakes (G3) at Newmarket last fall, but Molatham is 3-for-3 sprinting 7 furlongs and should take a step forward in his second start of the season.

The bigger question is whether Molatham has the talent to handle Pinatubo, who dominated the Vincent O’Brien National Stakes (G1) and Dewhurst Stakes (G1) last year. The juvenile sensation is technically 0-for-2 this season, but those defeats were still top-three finishes against tough company in the 2,000 Guineas (G1) and St. James’s Palace Stakes (G1).

Pinatubo will face an easier field son Sunday and might land in the winner’s circle even if he brings something less than his absolute A-game.