Industry blasts N.Y. bill that would divert millions from racing 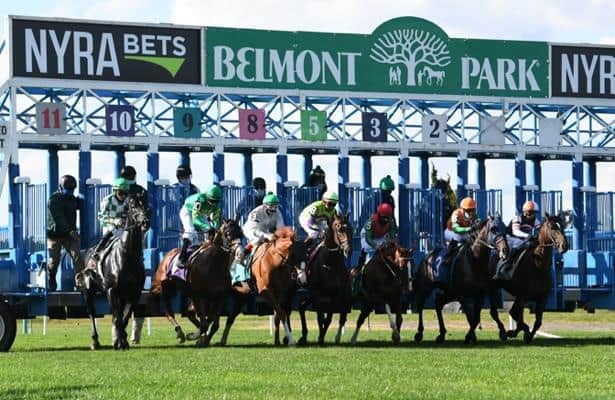 The New York Racing Association responded Wednesday to a newly proposed bill in the New York state legislature that would divert $230 million annually from the horse-racing industry.

The bill, sponsored by Democrats Linda Rosenthal in the state Assembly and Zellnor Myrie in the Senate, would send casino money that supports racing to other places, including schools and social programs.

“NYRA will vigorously oppose this legislation in order to protect jobs for working families, preserve the horse racing economy and ensure the sport’s success now and in the future,” NYRA senior director of communications Pat McKenna said in a statement. “

Specifically, the bill targets money going to racing from video-lottery gaming in New York. A press release from New Yorkers for Clean, Livable, and Safe Streets (NYClass) called the funds “subsidies” and “handouts” to the racing industry.

“Racing support payments are not subsidies,” McKenna said. “The payments from VLT revenues are made to the Thoroughbred industry in part because NYRA transferred land and other intellectual property to the state in 2008 and has acted as the steward of the properties in the years since. The VLT payments are compensation for that transaction rather than subsidies.”

Najja Thompson, executive director of the New York Thoroughbred Breeders, agreed with McKenna that the funds are not subsidies. He pointed out the economic impact that he said the racing industry has on New York.

"Horse racing in New York is responsible for 19,000 jobs and more than $3 billion in annual economic impact,” Thompson said in a statement “These good-paying jobs support minority, immigrant and union families, create opportunity and continue to play a critical role in New York’s post-pandemic economic recovery.”

The bill is supported by a litany of the usual suspects attempting to eradicate horse racing, including Patrick Battuello of Horseracing Wrongs, the New York State Humane Association and the People for the Ethical Treatment of Animals. PETA senior vice president Kathy Guillermo claimed in the press release that racing has had “a long history of corrupt and deadly practices.”

In turn, McKenna blasted the organizations for their attempt to damage the racing industry.

“Organizations like NYClass, PETA and Horseracing Wrongs have long been philosophically opposed to horse racing and make no secret of their desire to end the sport,” McKenna said. “This extreme agenda would deprive working families of jobs and opportunity and would negatively impact union and hourly workers at the worst possible time. Rather than a rational public policy disagreement, these groups are only interested in how best to damage horse racing to further their own political agenda. These groups are completely out of touch with the concerns of working families here in New York, and they cannot be trusted.”

The new bill follows one from 2019, sponsored by Jessica Ramos, which would have sent money from the racing industry to the Metropolitan Transportation Authority. That bill died in committee last spring without going to a vote.

Editor's note: A previous version of this story made reference to the Humane Society. That reference has been corrected to say the New York State Humane Association.