Indicted trainer Servis is in plea-deal talks on doping charges 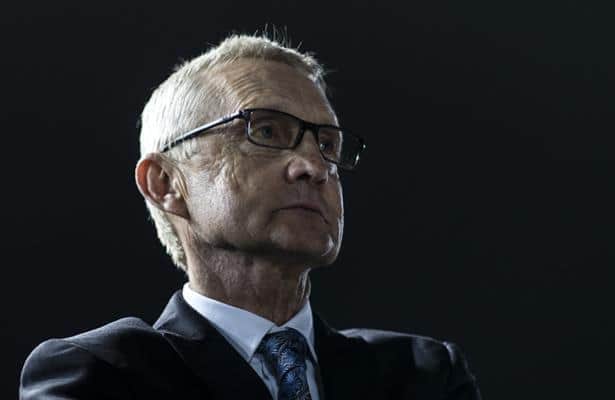 Court documents filed in the federal doping case against Jason Servis indicate that the indicted trainer of disqualified 2019 Kentucky Derby winner Maximum Security and other top Thoroughbred racehorses is participating in plea-bargain negotiations with prosecutors.

U.S. District judge Mary Kay Vyskocil on Friday granted a one-week delay of a hearing that had been set for Monday week in response to a motion by Damiam Williams, U.S. attorney for the Southern District of New York.

In his request, Williams indicated that talks were ongoing with Servis and co-defendant Alexander Chan, a veterinarian charged with administering illegal substances to horses in Servis’ care, in an effort to preclude a trial currently set to begin on Jan. 9.

“The Government and counsel for defendant Jason Servis are currently in discussions regarding a potential pre-trial disposition, which may obviate the need for trial,” Williams wrote. “In light of the foregoing, the parties respectfully contend that a brief adjournment of the upcoming deadline will facilitate the parties’ ongoing efforts to reach a resolution short of trial.”

Servis is charged with three felony drug misbranding and fraud conspiracy charges in connection with what prosecutors say was a widespread doping ring involving the use of “designer drugs” created to beat drug testing protocols.

Williams’ motion also indicated that Chan intended to change his previously entered not-guilty plea on Monday. A guilty plea by Chan and his likely cooperation with prosecutors would deepen Servis’ legal peril, adding a second witness who could implicate him in the doping scheme.

Veterinarian Kristian Rhein, who also worked for Servis, changed his not-guilty plea in August 2021 and received the maximum sentence of three years in prison for the single felony count against him.

Servis trained Maximum Security to Grade 1 victories in the Florida Derby Haskell and the Cigar Mile in 2019, the same year of his Derby disqualification, and went on to capture the $20 million Saudi Cup (G1) in 2020 prior to his indictment. The indictment filed against Servis in March 2020 indicated that the son of New Year’s Day was one of many horses in his care who was given the illegal performance-enhancing designer drugs.

Maximum Security was then transferred to trainer Bob Baffert, who saddled him for victories in the San Diego Handicap (G2) and the Pacific Classic (G1), before being retired in November 2020 to stand as a stallion at Ashford Stud.