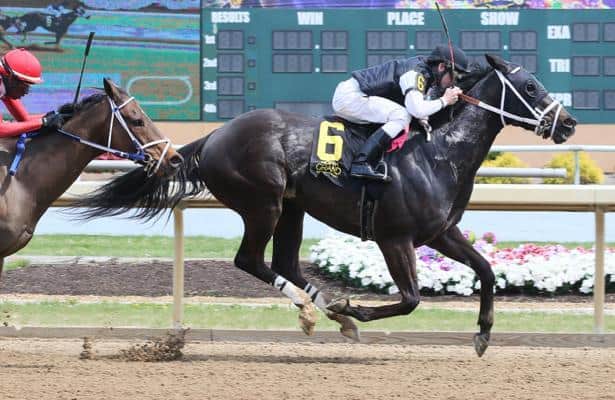 Live racing is set to return at Indiana Grand on Tuesday as the track leans into the scheduling change brought on by the pandemic in 2020.

Instead of its pre-2020 race days of Tuesday, Wednesday, Friday and Saturday, this year the track mostly will run Monday through Thursday, a schedule adopted last year.

2020’s leading trainer, Genaro Garcia, returns for the 2021 meet. The trainer has entered four horses for the first two days of racing. Garcia won 43 races at Indiana Grand in 2020, good for his fourth consecutive training title.

Brad Cox, second to Garcia in wins last year, has one entry in the first two days of racing. Marvin Johnson, fourth in last year’s standings, has six entries on Tuesday and Wednesday.

Garcia also won the owner's title as part of a collaboration with Steve Lewis at Southwest Racing Stable.

Also returning for 2021 is last year’s leading jockey, DeShawn Parker. Parker won the title for the first time in 2020 with 106 wins at the track.

Parker is set to have 12 mounts on the first two days of racing at Indiana Grand. Other top jockeys from 2020 who will return for the opening days of racing include Fernando De La Cruz and Rodney Prescott, who finished second and third in the jockey standings, respectively.

The track announced Monday that it will continue its Pick 5 promotion with a takeout rate of 11.99 percent.

“Our Pick 5 really gained momentum last year,” Eric Halstrom, Indiana Grand’s vice president and general manager of racing, said in a press release. “We captured a lot of attention from racing fans across the nation with the 11.99 percent takeout, one of the lowest rates out there. It is very appealing to those seeking value on wagering options.”

The track also will offer 15 percent takeout rates on its Pick 4 and Pick 6 offerings.

The meet is set to include 120 racing days and 40 stakes races. New stakes races this year include the William Garrett, the IU Hoosiers, the Send it in Army and the Clarksville, which offer purses of $65,000 each.

Purses for the meet’s stakes races will exceed $3.65 million.

The track will feature six races on July 7, including the Indiana Derby (G3), the meet’s highlight. Fans will be allowed to attend during the meet, with face masks required.

The meet is set to run through Nov. 8.