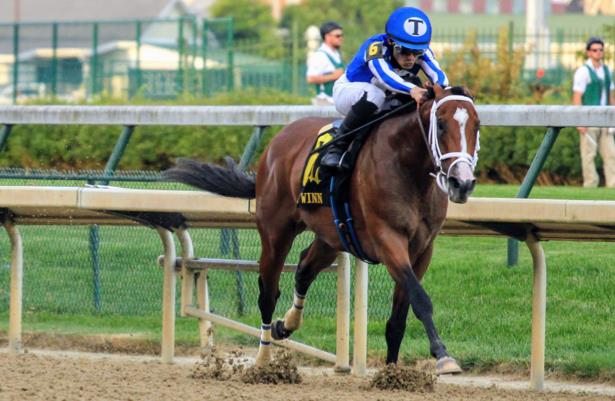 With a varied group of 3-year-olds only a step or two below the best in this crop, the Midwest Derby season continues with Saturday’s Grade 3, $500,000 Indiana Derby at Indiana Grand. The race will be run on the main track at 1 1/16 miles.

One horse is close to becoming top-tier already: Mr. Money. He comes into this race off two straight Grade 3 wins at Churchill Downs with clear margins after some disappointing efforts on the Derby trail at Fair Grounds earlier in the year. If he runs his race, the rest will need their lifetime best effort to compete.  But if Mr. Money regresses, this race opens up a bit.

The Indiana Derby runs as Race 9 of 10 on the card with post time 10:02 p.m. ET. Here’s an early look at the field with an early morning line by Horse Racing Nation.


1. Roiland, 15-1 (Successful Appeal – Tom Amoss/Deshawn Parker – 9: 2-1-1): This late closer is a tease, as he always makes a mild move without threatening. He finished sixth in the Louisiana Derby (G2) and Lexington Stakes (G3), and fifth in the Oaklawn Invitational. But he might clunk into the superfecta with his best effort. Use underneath.

2. Hero Tiger, 30-1 (Hero of Order – Gennadi Dorochenko/Insert Jockey) – 6: 1-0-3): Outclassed entry has been competing in claiming and optional claiming races at Arlington Park. The connections race him way too often, with 15 starts already this year. Notice he needed to break his maiden in a claimer at Tampa Bay Downs. Toss.

3. Gray Magician, 10-1 (Graydar – Peter Miller/Ricardo Santana – 9: 1-3-2): He finished fourth in the Sham Stakes (G3) and fifth in a January optional claimer at Santa Anita. The connections wanted Derby qualifying points, and he shipped to Dubai to finish second in the UAE Derby (G2). But he ran up the track in the Kentucky Derby, crossing the wire 19th. His versatility in running styles is a plus. At this level, he might hang around for a share. Use underneath.

4. Market Garden, 50-1 (I Want Revenge – Merrill Roberts/Santo Sanjur) – 6: 1-0-3): The son of I Want Revenge is severely outclassed in this spot. While he broke his maiden recently at Indiana Grand, the win came on turf. His previous three starts at Keeneland and Gulfstream resulted in three losses at the maiden claiming level. Toss.

5. Frolic More, 15-1 (More Than Ready – Dallas Stewart/Corey Lanerie – 11: 2-3-2): Even with his recent second-place finish in a Churchill Downs optional claimer and a win at the same track two starts ago, he does not inspire a ton of confidence. For one, the victory came in a race originally scheduled for turf, which means he beat grass horses. Also, the runner-up finish came in a six-furlong sprint. Toss.

6. Alwaysmining, 8-1 (Stay Thirsty – Kelly Rubley/Julian Pimentel – 14: 7-0-2): The Laurel Park specialist went into the Preakness Stakes as one of the major contenders but faded after securing a good position and taking aim on the turn. If that race did not expose him as average, he then finished a non-threatening third in the Easy Goer Stakes at Belmont Park. The winner Majid ran up the track in the Dwyer Stakes (G3) last weekend. He needs to prove himself outside of Maryland. Toss.

7. Eskenforit, 20-1 (Eskendereya – Steve Margolis/Julien Leparoux– 9: 1-1-1): If this horse manages to finish in the superfecta, he will invalidate the quality of this field. Not only did he lose a starter allowance at Churchill Downs last time, but his maiden win came in a claimer. How can he compete in this spot? Connections insist he has improved with blinkers off, but I’m not ready to believe yet. Toss.

8. Chess Chief, 20-1 (Into Mischief – Dallas Stewart/Brian Hernandez – 8: 1-0-1): Despite his fourth-place finish in a Churchill Downs allowance and sixth in the Oaklawn Invitational, it is hard to discount Dallas Stewart-trained horses from the superfecta. Chess Chief’s kick is mild, but he might pass some tired horses. Live longshot.

9. Long Range Toddy, 6-1 (Take Charge Indy – Steve Asmussen/Jon Court – 10: 4-1-2): The Ohio Derby (G3) effort was disappointing, to say the least. He put himself in good position to attack Math Wizard from the outside and came up empty. Did he need a race off the difficult Kentucky Derby? He gets the underneath designation here, but it is understandable if bettors want to pass for now. Use underneath.

10. Math Wizard, 3-1 (Algorithms – Saffie Joseph Jr./Edgard Zayas – 10: 2-2-2): He ran his lifetime best race in the Ohio Derby, fighting the rail-skimming Owendale until the wire. Yet he still lost, and he gives the impression of a hanger with his fourth in the Oaklawn Invitational and Wood Memorial Stakes (G2). But even a hanging effort might pick up the win against this weaker group. Win contender.

11. Mr. Money, 2-1 (Goldencents – Bret Calhoun/Gabriel Saez – 8: 3-2-0): He draws a tough post position, but in his last two starts he has looked like a different racehorse. He won the Pat Day Mile (G3) on Derby Day by a clear margin and followed it up with the same performance in the Matt Winn Stakes (G3). Thus, he proved himself capable of giving a big effort around one or two turns. The pick.

Summary: If Mr. Money can work out a good trip from his post position and repeats his last race, he wins. On paper, he looks like a Grade 1 or 2 quality horse. Perhaps his failures on the Derby trail are behind and maturity helped this runner progress.

Mr. Money’s value is in question, though, especially from Post 11. He needs to offer even money or better.

As dull as this sounds, how about a straight Mr. Money / Math Wizard exacta? But if that pays less than $10, it may not prove worth the trouble. For value, Gray Magician is the better choice for second, as he should receive good trip from Post 3. 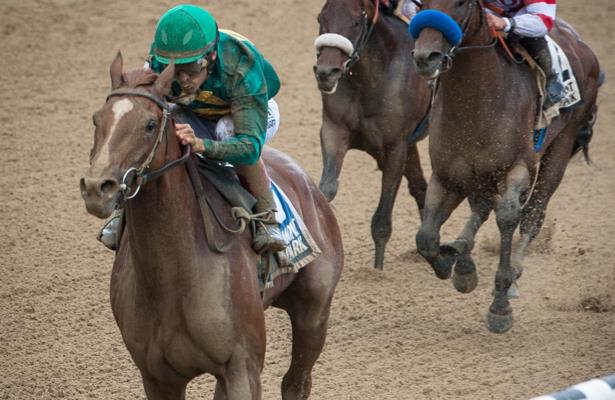 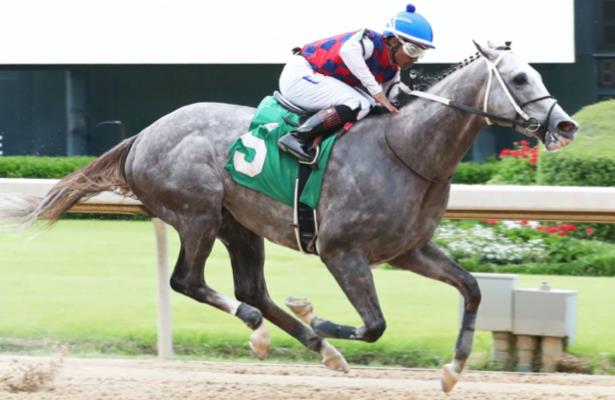 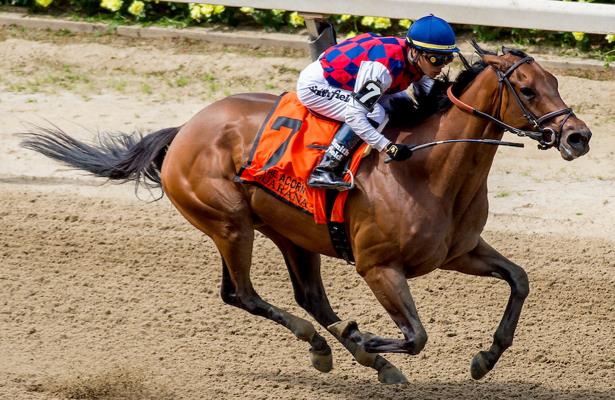 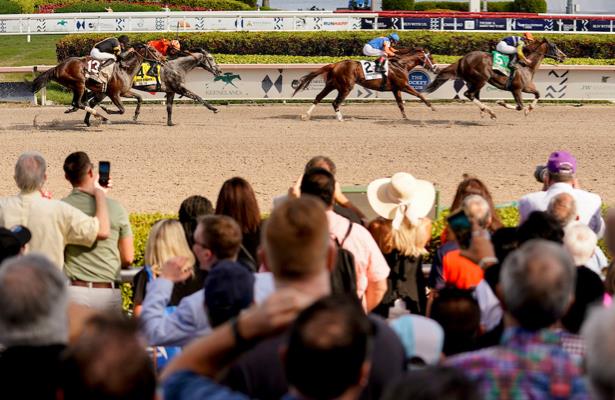