Indian Charlie publisher wonders if someone will succeed him 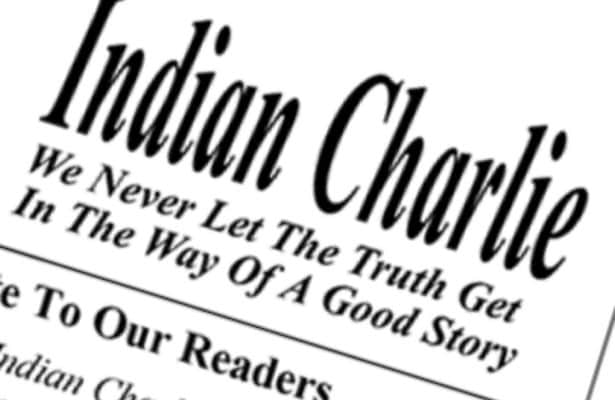 When he pulled the plug last week on Indian Charlie, publisher Ed Musselman re-created a void that he filled for nearly 27 years. It could be argued that his controversial newsletter was the last source of independent journalism in racing.

A little more than a week after he posted the final edition, Musselman said he was not sure if a replacement could survive in the current economy.

“I don’t know who’s going to do it,” he said in a telephone conversation for Horse Racing Nation and the Ron Flatter Racing Pod from VSiN. “First of all you’ve got to be able to fund it to do it. I’m looking to the future, and I’m not seeing the dollars there. That’s kind of the reason I’m pulling up.”

Money. The root of all answers to questions about why print media are drying up. Musselman, 68, said the pandemic kept him from getting to the racetracks and sales rings where he did his legwork. Although he might have kept going one more year, he could see the dollars were not going to be flowing the way they once did.

“A lot of advertisers are just cutting their budgets,” he said from his home in Louisville, Ky. “Adena Springs moved some stallions over to a farm that doesn’t do a lot of advertising with me. Runhappy, those ads kind of went away, because the horse wasn’t quite living up to what they had hoped. I was just trying to figure out where to go to replace those ads, and I just couldn’t really come up with a good answer.”

Musselman averred that there were other reasons for his decision, even going so far to say in the Jan. 11 finale, “There were some mistakes we made last year that also entered into this decision.”

Although he would not elaborate with specifics, he said, “There was just a couple articles that, I don’t know, I wish I hadn’t written. Without going into it I just made some mistakes and recognize them. They were honest mistakes.”

There was no shortage of irreverent commentary and humor in Indian Charlie that could be what he was referring to – and that his critics felt went too far. At times Musselman found himself apologizing for racist or sexist content that led to the newsletter being banned off and on from stable areas where it became a must-read for scores of backside regulars.

“I made some mistakes along those lines,” he said. “You learn from them.”

Asked whether a wave of political correctness had gotten the better of him, Musselman conceded that sensitivities have evolved in the past quarter century. He felt material that was once accepted in Indian Charlie had become too hot to handle.

“At one point in the publication they weren’t mistakes,” he said. “Then five or 10 years down the line they are. Things did change and evolved a little bit. Everybody wants to jump up and get up in arms about something that you wrote when it’s satire.”

If satire, as George S. Kaufman wrote, is what closes on Saturday night, it is hard to pinpoint when Indian Charlie reached its weekend, when the grist for laughs turned more into the fuel for his critics. Musselman had a legion of loyal readers that he believes outnumbered those who despised him. But he said the haters got loud.

“My biggest critics I think were the mainstream media,” he said. “The first year I went to New York the press box was full of guys that had newspaper jobs that were making tons of money, and they knew so little about the game. They just kind of showed up in the press box and fed off one another. They didn’t really get out and work the backsides. I kind of took them on right away, which was probably the best thing I ever did, because it did give me a lot of support.”

That support, he said, came from horsemen and women and racing insiders, although it was hardly unanimous. His most infamous moment was in 2014, when he and trainer Dale Romans got into a fight at Churchill Downs.

Musselman insisted, though, he did not stop publishing Indian Charlie over anyone having it in for him.

If anything stopped Musselman in his tracks, it was COVID. It kept him tethered to his home rather than close to horsemen and barns and big sales and all those places where he was a personal evangelist on behalf of his newsletter. That turned Indian Charlie, he said, into a rerun in 2020.

“I couldn’t really get around,” he said. “I was writing about the same people. One of the regrets that I had was that I wasn’t able to go to places like Delta Downs or Will Rogers Downs or to the smaller racetracks where I would have been writing about different people and would have had a fresh source of material. I felt like that was going away.”

Old targets or new, Musselman rarely pulled punches when it came to racing’s establishment. The same might be said of Joe Drape at The New York Times, but don’t expect Musselman to endorse him as his heir apparent to being the sport’s independent watchdog.

“I’m not a big fan,” he said. “He has an agenda. I don’t think he’s anything independent of anything. To me he would love it if horse racing went away. He takes cheap shots and looks for the weakest link to latch onto. He’s not a bit objective.”

Funny how that sounds like something a critic might say about Musselman himself – or perhaps someone else who could be that next edgy ombudsman, the next Indian Charlie.

“There might be one out there, hopefully,” Musselman said. “If they are young – but not too young – and they get in there and find out what the game is about before they start writing about it. That’s kind of where I had a little bit of an edge.”

After some time away from the grind, would he consider bringing back Indian Charlie?

“I’m going to do some other things,” he said. “That would keep me from going back to this. I would say chances are not at all good that I’ll bring it back.”

Having been a groom and a jockeys’ agent and even with some training work on his résumé, Musselman hopes to stay in the game in an unspecified new job that could materialize by spring.

For now, though, he will spend his days adding to the 15 years he has contributed time to Meals on Wheels in Louisville.

“I do a little volunteer work,” he said. “And I’ll get on a barstool every now and then.”