In a 'curveball,' Tonalist's Shape to run in Charles Town Oaks 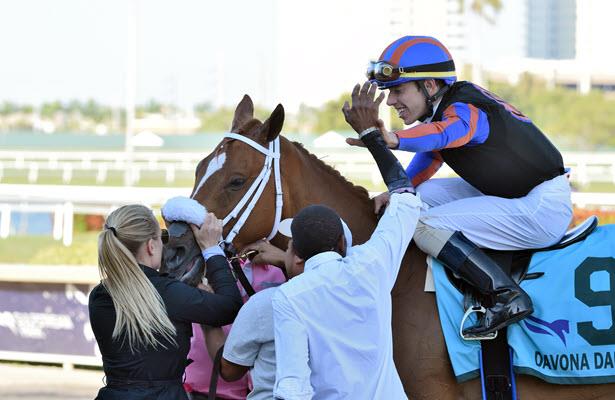 Tonalist's Shape, whose connections had been weighing whether to enter her in the upcoming Kentucky Oaks or the Eight Belles at Churchill Downs, instead will run in the Grade 3 Charles Town Oaks.

The Tonalist filly is owned by Slam Dunk Racing, Doug Branham and Legacy Ranch Inc., and Joseph had been discussing options for her next race with them.

"They wanted to go the route that we thought we had our best chance of winning," Joseph said. "Obviously, the Kentucky Oaks is coming up ultra-tough, and they said, 'let's go to the Charles Town Oaks and see if we can get the job done there.' "

By "ultra-tough," he was referring to the highly anticipated matchup between Swiss Skydiver and Gamine, the top 3-year-old fillies. Another Grade 1 winner, Speech, also is expected to run.

But another consideration might have been the distance. The $200,000 Charles Town Oaks, which runs Friday, Aug. 28, is a 7-furlong sprint.

In eight starts, Tonalist's Shape has lost only twice, both times around two turns: a fourth-place finish in the Coaching Club American Oaks on July 18 at the same 1 1/8-mile distance as the Kentucky Oaks, and a seventh-place finish in the Gulfstream Park Oaks at 1 1/16 miles on March 28. Four of her wins have been around one turn.

Tonalist's Shape has continued to work at Saratoga, breezing 5 furlongs in 1:01.22 on Thursday.