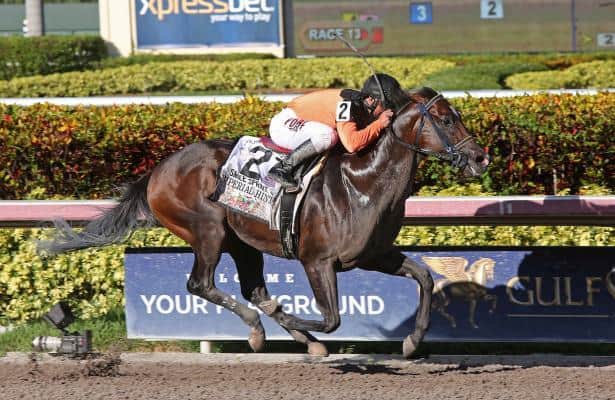 After winning back-to-back Grade 3 races in Maryland and Florida with top sprinter, Ray Mamone’s Imperial Hint, trainer Luis Carvajal, Jr. decided to use the $100,000 Don Le Vine Memorial Stakes as a final prep before sending his four year-old Imperialism colt west for a start in the Grade 1 Breeders' Cup Sprint.

On the basis of what he did here today, one would have to think he’ll have a legitimate shot. He could not have been more impressive. Despite being under firm restraint from jockey Javier Castellano, Imperial Hint still stayed in close pursuit behind leader Lewys Vaporizer after a quarter in 21.74.

Rounding the far turn, he then cruised by the front runner with about two and a half furlongs to go and with seemingly little effort, was clocked for a half mile in a blistering :43.81. Without being asked to ever run even a step, Imperial Hint flew down the stretch and stopped the timer in 1:07.55, the second fastest six furlongs ever at Parx and just .04 off the track record. Bet down to 1-5, he returned a win mutual of $2.40.