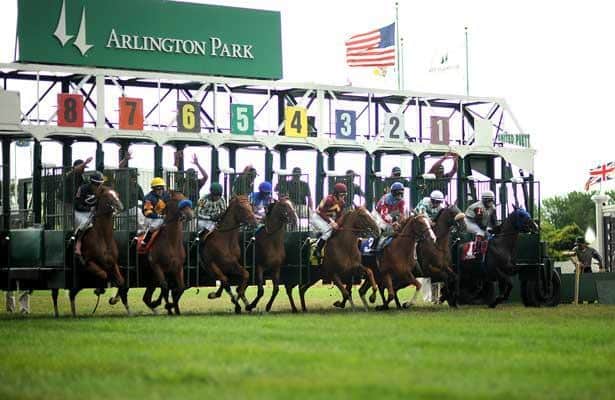 Illinois-breds will take the spotlight four consecutive Saturdays beginning with the May 31 running of the $100,000 Springfield Stakes for Prairie State 3-year-olds going a one-turn mile over Arlington International Racecourse’s Polytrack surface. Nine sophomores, including three stakes winners, passed the entry box for the Springfield.

Voted Illinois Champion 2-Year-Old Male last year, Rambling Richie makes his second start for new owners Chuck and Maribeth Sandford who purchased the son of Lifestyle from breeder-owners Richard Ravin, Larry Rivelli and Patricia’s Hope LLC.  In his sophomore debut, the normally front-running colt was off slowly in Hawthorne Race Course’s $100,000 Land of Lincoln and faded to fifth after pressing the lead for a half-mile.  As a juvenile under Rivelli’s tutelage, he won both the $100,000 Sun Power Stakes and the $125,000 Jim Edgar Illinois Futurity.  E. T. Baird, who was aboard for both 2013 stakes tallies, will reunite with the now Patrick Byrne-trained Rambling Richie for the Springfield.

Tom Swearingen, L. Denk. D. Carlille and R. Bockel’s I Got It All was a 2 3/4-length winner in the Land of Lincoln in his last start following a runner-up finish versus open company in his seasonal debut.  The Swearingen-trained son of Tiz Wonderful made two starts at 2, finishing last of seven in his bow last September in a 5 1/2-furlong Polytrack race but rebounding to break his maiden by an emphatic 15 ¾ lengths when going six furlongs at Hawthorne.  Emanuel Cosme has the mount.

Virginia H. Tarra’s A Step Ahead, a full brother to multiple Illinois champion Giant Oak, is making only his second start in state-restricted company.  In his lone bid versus Illinois-breds, the Chris Block trainee ran second to Rambling Richie in the Edgar last December.  The Giant’s Causeway colt had a pair of third-place runs in allowance company at Oaklawn Park. He enters the Springfield off a sixth-place finish in the Grade III Illinois Derby at Hawthorne last month.

A third stakes winner in the Springfield is B Jock’s Solar Flair.  The Jimmy DiVito-trained son of Sun King won the $50,000 Troy Our Boy at Fairmount Park last September after breaking his maiden here in July.  Solar Flair finished second to Rambling Richie in the Sun Power and most recently was third in the Land of Lincoln.  Sheldon Russell picks up the mount.

Loooch Racing Stable’s Easy Solution returns from his Kentucky home base for Saturday’s headliner.  In previous local starts this year, the Tom Amoss-trained son of Margie’s Wildcat won a state-bred allowance race at Hawthorne on April 5 and was second to I Got It All in the Land of Lincoln later that month.  James Graham is named.