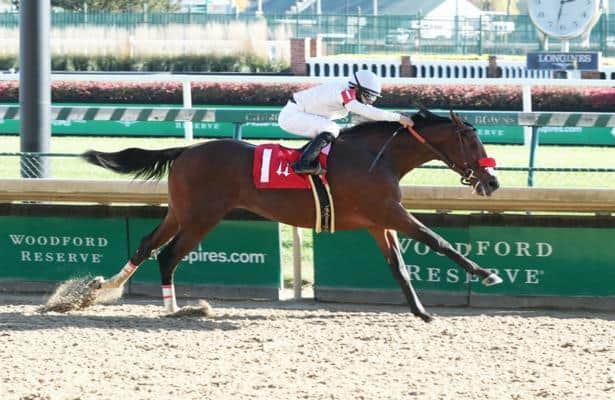 The Richard Baltas-trained Idol, Richard Mandella’s Tizamagician and Florida invader King Guillermo head a compact field of five older horses going a mile and one eighth in Saturday’s Grade 2, $200,000 San Pasqual Stakes at Santa Anita. To be run for the 83rd time, the San Pasqual is an iconic prep to the Santa Anita Handicap (G1) on March 6.

Lightly raced, Idol, who is owned by Calvin Nguyen, was attentive to the pace en route to a close second place finish going a mile and one sixteenth in the San Antonio Stakes (G2) here on Dec. 26 and will once again get the services of eastern-based Gabriel Saez on Saturday. An impressive seven furlong maiden winner in his second start at Churchill Downs Sept. 26, Idol, a 4-year-old colt by Curlin out of the A.P. Indy mare Marion Ravenwood, then aired by 5 3/4 lengths in a mile and three- sixteenths allowance at Churchill Nov. 8.

With two wins and as many seconds from his four career starts, Idol appears poised to have a big 4-year-old campaign for Baltas.

With an overall mark of 13: 3-5-0, Tizamagician, a 4-year-old colt by Tiznow, comes off an outstanding second condition allowance win on Jan. 2, a race in which he led throughout and took by a half length at 4-1.  Although he’ll be facing a Grade 2 winner in King Guillermo, Tizamagician has the advantage of a sharp recent win over the track as he once again runs out of his own stall for Mandella.

A close fourth in last year’s Robert B. Lewis (G3) at Santa Anita, Tizamagician, who is owned by MyRacehorse.com and Spendthrift Farm, LLC, will again be ridden by Drayden Van Dyke, who has guided him to a pair of victories in his last four starts.

A disappointing fourth, beaten 12 1/4 lengths after pressing the early pace in the one turn Cigar Mile (G1) at Aqueduct Dec. 5, trainer Juan Avila’s King Guillermo had been since running second in a division of the Grade 1 Arkansas Derby on May 2 and may’ve been in need of the race.  Owned by Victoria’s Ranch, nom de course for retired five-time All Star catcher Victor Martinez, King Guillermo, 4-year-old colt by Uncle Mo, was an upset winner of the Grade 2 Tampa Bay Derby three starts on March 7 and was subsequently off at 9-2 in the Arkansas Derby.

In what will be his first start west of the Mississippi River, King Guillermo ships west from his Gulfstream Park base and will be ridden for the first time by Abel Cedillo in what will be his seventh career start.

Second to top-rated Charlatan going seven furlongs in the opening day Malibu Dec. 26, C R K Stable’s Express Train will be ridden back by leading man Juan Hernandez and with a career-top Beyer Speed figure of 99 in-hand, rates a solid shot in what will be his eighth career start.  Trained by John Shirreffs, Express Train was well off the early pace in the Malibu, but has proven very effective when on or near the lead going two turns.