'I wish they could talk'; Bourbon War's Preakness Stakes puzzling 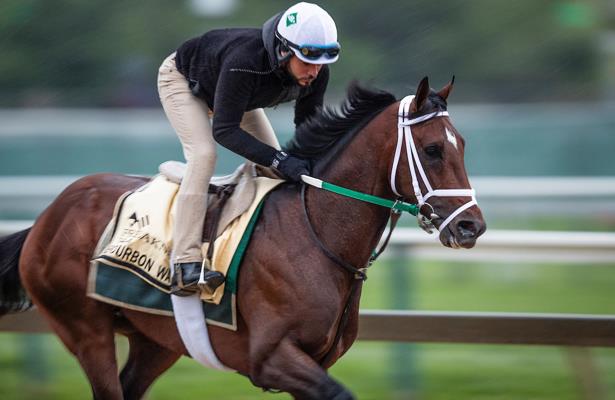 Bourbon War ran the type of race Saturday that led trainer Mark Hennig to say, “I wish they could talk.”

Off as the fourth betting choice in the Preakness Stakes field of 13, Bourbon War ran an even eighth, picking up a few spots in the stretch at Pimlico Race Course. But he didn’t deliver the same type of closing kick as seen in previous starts.

“We didn’t find any evident reason physically,” Hennig said. “He came out of the race really well. He wasn’t tired at all.”

Hennig said connections, which include Bourbon Lane Stable and Lake Star Stable, haven’t discussed future targets after entering the Preakness with ideas of turning back in the June 8 Belmont Stakes.

The son of Tapit returns to the track Wednesday following routine walk days.

“He seemed to be full of run down there on the inside,” Hennig said of the Preakness. “Then we kind of went outside coming to the half-mile pole.”

At that point, jockey Irad Ortiz Jr. reported to his trainer that Bourbon War came out of the bridle.

“I think he likes being down inside,” Hennig said. “I don’t know if that’s what it was, but then Irad said he picked up the bridle down the stretch and he started running again.”

Bourbon War ran a closing second to Code of Honor in the Fountain of Youth (G2). Then, in a pace-less Florida Derby (G1), he was fourth, again close to Code of Honor, who went on to be third across the wire in the Kentucky Derby.

In the Preakness, Bourbon War added small cup blinkers for the first time. Could that be the culprit?

“It’s possible,” Hennig said. “Anytime a horse runs that way when you add blinkers it would certainly lead you to think they didn’t help him.”