'I went through so much'; Hall of Fame jockey Romero dead at 61 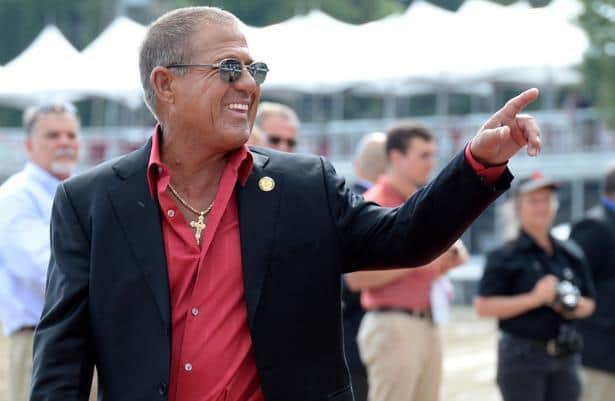 Randy Romero, a Hall of Fame jockey known for riding horses such as Go For Wand and Personal Ensign, has died following a bout of stomach cancer. He was 61.

The Permanently Disabled Jockeys Fund confirmed the news, saying in a statement Thursday, “We are deeply saddened to learn of the passing of Randy Romero. He was an amazing ambassador to the PDJF. We are thinking of his family through this difficult time.”

Romero was said to be in grave condition earlier this week by Eddie Donnally, a former jockey and writer who works as a hospice chaplain. On his Facebook page, Donnally wrote that family had gathered at Romero’s apartment in Louisiana, his home state.

“God gave me a gift of riding races,” Romero recently told Donnally. “I went through so much and a lot of people told me to give it up because of my injures, but I went on as long as I could because I knew I was still good (at riding) and I loved it so much.

“There’s not much I would have done differently.”

According to Equibase, Romero won 4,294 races on mounts that earned more than $75 million. But he also required more than 20 surgeries during his career due to injuries on the job.

Romero retired in 1999, along the way having his liver damaged by a tainted blood transfusion; much of his body burned as a result of a “hot box” fire; and kidney failure due to an eating disorder from maintaining weight to ride.

The cancer was discovered in 2015, and in 2017, Donnally reported that Romero was removed from the list of possible recipients of a liver or kidney transplant after an auto accident on his way back from the Belmont Stakes.

By the end of Romero's life, Geraldo Romero, Randy’s brother and a former trainer, said morphine dulled the ex-jockey’s pain, and he was unable to continue necessary dialysis.

“It’s not easy being this sick,” Romero told Donnaly last week, “but I do the best I can and thank God for every day.  am not scared of dying, but I am not giving up and I’m praying for less pain and more time. But I know Jesus and I’ll end up in heaven.”