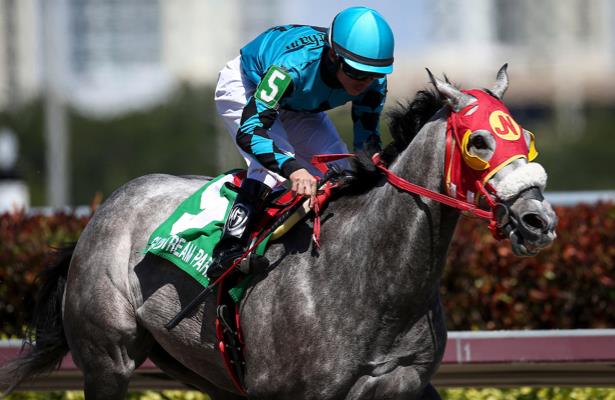 Navarro described X Y Jet as "part of my family" who "took us through a wonderful and exciting roller coaster of emotions." Campaigned by Rockingham Ranch, Gelfenstein Farm and David Bernsen, he returned from multiple knee surgeries to continue running infrequently, but at the highest levels in his division.

X Y Jet most recently set fast fractions in the Dec. 21 Mr. Prospector and finished sixth in what wound up as his finale.

"Since his arrival at my stable at the end of 2014, I immediately felt that connection with him, which remained until today and will surely remain with me until the day of my departure," Navarro said. "I owe X Y Jet so much, that I’m sure there are no words that can specify my thanks to his nobility and class.

"Keep running fast to your next destination X Y Jet."