Keys to cashing on the 2019 Kentucky Derby superfecta 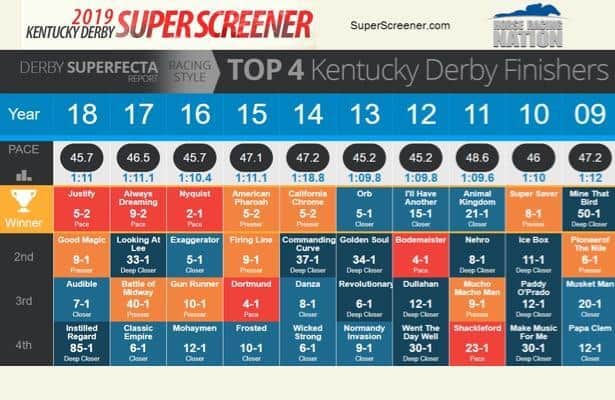 With a 20-horse field nearly every year, the Kentucky Derby consistently produces some of the biggest payouts of the racing calendar, and this year's running shapes up as no exception.

The sheer number of possible combinations in a 20-horse field ensure that the payoffs are big year after year.

The number of possible outcomes, combined with the difficulty in handicapping a wide-open Derby, set us up for some spectacular payouts this year. Consider the average and median returns in recent years: 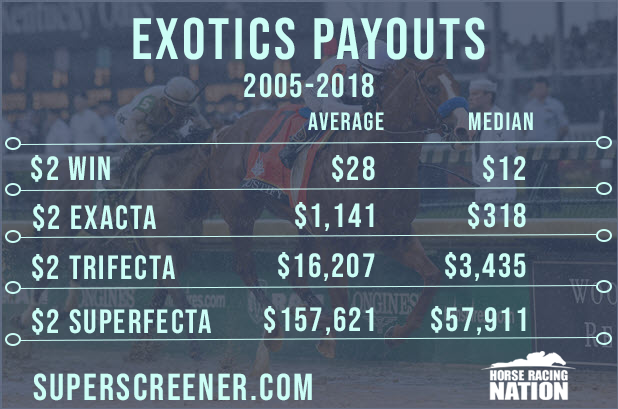 The Kentucky Derby superfecta is the big prize

With several top contenders that could win this year, and as many as 14 strong targets to fill out the third-place spot, selecting the Top 4 finishers should prove elusive as ever. The reward? Massive payoffs. 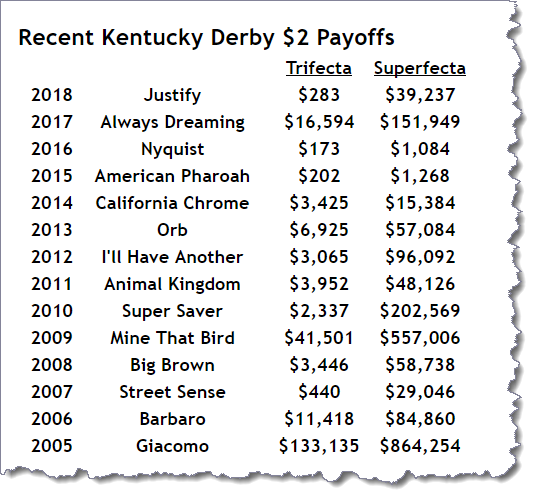 The 2018 Kentucky Derby was the perfect example of how huge the superfecta can pay with a result that isn't all that crazy:

Now, looking back a year later, Justify certainly seemed like a bigger favorite than 2.90-1, but that's what happens when you face 19 rivals in the Derby.

Good Magic and Audible were top contenders, but the next five were bunched on the tote board after Justify. My Boy Jack (6.70-1) was actually the second choice in the win betting, followed by Mendelssohn (6.80-1), Audible, Bolt d'Oro (8.90-1) and Good Magic, who was the sixth choice in the betting. 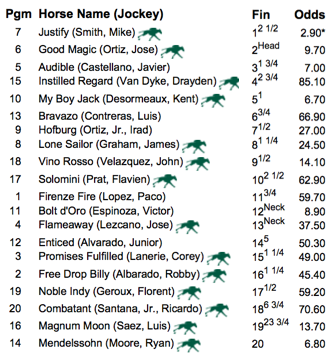 Considering additional contenders for the Trifecta, the next choices were Magnum Moon (13.70-1) and Vino Rosso (14.10-1).

Because handicapping a race with 20 horses is so difficult, don't go blindly into assembling your ticket. Instead, consider a proven strategy.

The Kentucky Derby Super Screener combines pace analysis and 20 other key criteria in determining superfecta tickets for the first Saturday in May each year. 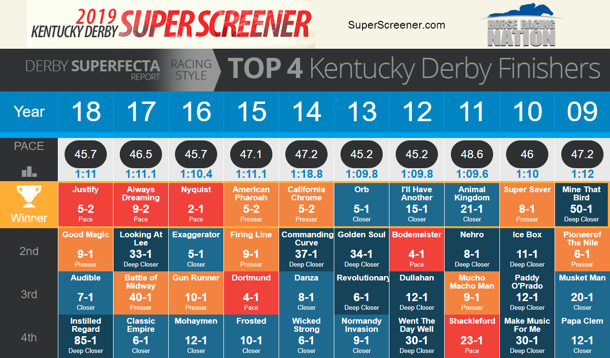 • Notice the red and orange in the upper left. Following the results of the Kentucky Derby points qualifying system, pace or presser types have won the last five races.

• Of the 40 possible finish opportunities, closers/deep closers accounted for 25 of the slots, or 60%.

• Third and fourth place accounted for the vast majority of closer finishes with nearly 70% of the 20 available slots taken up by them.
• For the first time in many, many years, in 2015 the Derby trifecta was made up of no closers.
• At least two closer/deep closers hit the superfecta in nine of the past 10 editions (90%) of the Kentucky Derby. Four of 10 races (40%) featured three or more closer types hitting the top four positions.
• 30% of the second-place finishers were comprised of tiring pace/presser types.

• In 2016, Nyquist was the first pace type to win the Kentucky Derby in the past 14 years. Always Dreaming repeated this pattern in 2017, and Justify made it three in a row last year.

Highly regarded pace types have burned a lot of money over the history of the Kentucky Derby. Recent examples include Dortmund (4-1, third) in 2015 in addition to Verrazano (8-1, 14th) and Goldencents (7-1, 17th) in 2013. Bodemeister went off as the 4-1 favorite and looked much the winner in mid-stretch only to finish second in 2012. Lion Heart and Peace Rules were also highly regarded “wire” types that managed to hit the board but missed the win.

Complete flops of recent favored pace types include: Sidney's Candy (9-1, 17th, 2010), Brother Derek (7-1, fourth, 2006) and Bellamy Road (5-2, seventh, 2005). Prior to War Emblem’s wire to wire victory in 2002, the last horse to win the Kentucky Derby in that fashion was the filly Winning Colors in 1988.
But the last five years, favored pace/presser types have captured the Derby five years in a row. Could this be a result of the track changing, or perhaps the different makeup of the field with the Kentucky Derby points system?

For the 2019 Kentucky Derby, the Super Screener has projected the pace (and will confirm that projection once the final field is locked in). With no pace horses this year, but as many as nine presser types, will the 2019 outcome look like last year’s, or will two or more of the many 20-1+ longshot closers manage to hit the board? 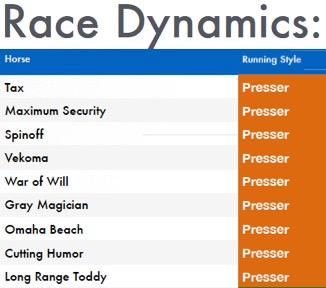 To learn more about how the Super Screener uses historical pace, speed, cycle and trends to separate the Derby field, get your copy now! 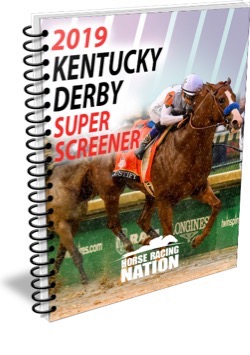 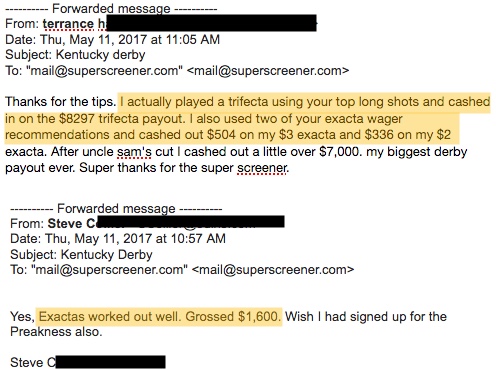 Get your Super Screener now and crush the Derby!