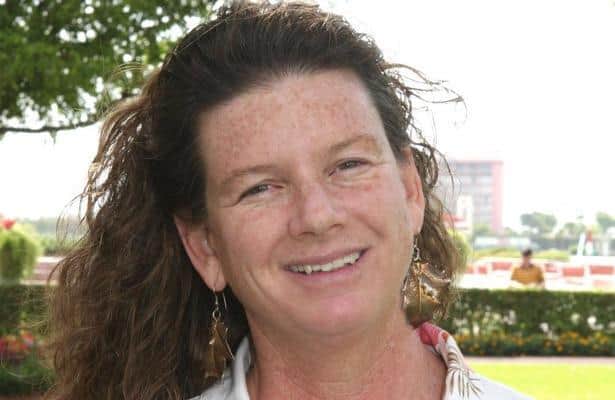 After Sunday morning's news that Medina Spirit tested positive for betamethasone after winning the Kentucky Derby, one question that comes to mind is what the medication is and how it is administered.

The quick answer is that it is a corticosteroid that has an anti-inflammatory effect and can be injected into a joint or the bloodstream, given orally or applied topically. We also have learned today that a picogram is a trillionth of a gram. (Baffert said 21 picograms of betamethasone were discovered in the split sample after the Derby.)

Dr. Mary Scollay, executive director of the Lexington, Ky.-based Racing Medication and Testing Consortium, explained how it and other drugs work within a horse. She emphasized that she has had no involvement in the Medina Spirit case and is speaking only hypothetically about horses in general.

"Betamethasone can also be used subcutaneously to inject around soft tissue structures that may be inflamed," Scollay told Horse Racing Nation in a phone interview. "It can also be applied topically – there's an antibiotic betamethasone combination spray that can be used to treat wounds or skin irritation. And I don't have any data on what sorts of concentrations in the blood or urine that results in.

"And then there's the other variable when a topical application is used: What happens if the horse licks it and ingests it? And I don't have any information on that either. So a concentration alone without any information on dose, route of administration, timing of the administration. You can't draw any conclusions just through a concentration alone."

Scollay explained that betamethasone "is a medication that has legitimate applications in the care of race horses. It's not a heinous substance. But it is a substance that we want to control in proximity to a race, largely to protect the safety and welfare, of course, because anti-inflammatories have the ability to mask inflammation, signs of inflammation, that can be warning signs either to the horse's connections or the horse itself that there is an injury present that could escalate into something far worse if pressured."

And that means more than simply masking pain so a horse can run a race.

"When we do a pre-race examination, we're looking for signs of inflammation, and signs of inflammation include pain but also include heat, swelling, redness if the skin is visible. And so a summation of that – a joint that is warm to the touch compared to the opposite joint that has swelling or edema, or fill in the joint compared to the opposite joint. It's not just a matter of masking pain, it has the potential to mask other flags that would cause concern – and perhaps result in a different decision in terms of whether or not the horse should race."

Scollay said that in Kentucky, there is a 14-day stand-down period for intra-articular injections for betamethasone, and there is no guidance on topical use of corticosteroids.

"So I don't know if you knowingly apply it topically to a wound, what your withdrawal time needs to be. But let's ask some questions about that wound. Should the horse be considered for a race if he's got an open wound? Sometimes there's so much focus on when should you stop using the medication, you forget to look at the condition that warranted the treatment. And is that condition consistent with an ethical decision to run the horse?"