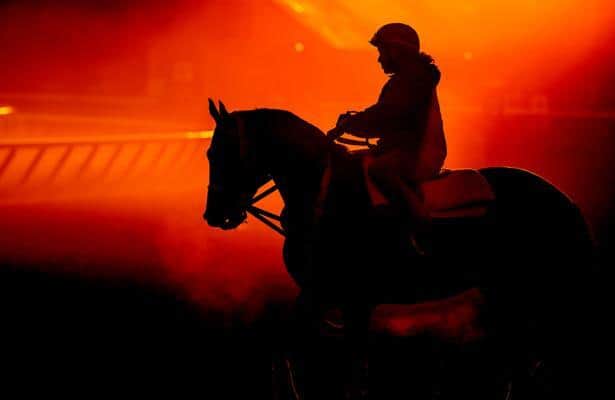 The Consumer Subcommittee of the House Energy and Commerce Committee held a major hearing Tuesday on the Horseracing Integrity Act that brought together horse racing industry heavyweights and representatives from two major animal welfare groups to advocate for passage.

-- Hall of Fame Jockey Chris McCarron who had 7,141 wins during his career, winning the Kentucky Derby twice and the Breeders’ Cup Classic five times.

-- William M. Lear Jr., the vice chairman of The Jockey Club and a trustee of Keeneland.

-- Joe De Francis, the chairman of the Humane Society’s National Horse Racing Advisory Council and the former CEO of Pimlico and Laurel racetracks in Maryland.

The panel presented a unanimous call for reform in the industry.

“There are far too many horses becoming injured,” McCarron testified. “Instead of giving the animal the rest it needs, a trainer can rely on his/her veterinarian to administer a medication to mask pain by reducing inflammation caused by an injury. This bill directly addresses one of the leading causes of breakdowns.”

The HIA would create a private, independent national horse racing anti-doping authority to be led by the United States Anti-Doping Agency, the official anti-doping agency for the U.S. Olympic, Pan American, and Paralympic sports. A new set of rules, testing procedures, and penalties would replace the current patchwork of regulatory systems that govern horse racing’s 38 jurisdictions.

“The bar for effectively detecting and punishing [drug] cheaters is so low that it is difficult to fail. Frankly is it more of an IQ test than a drug test…each trainer knows what they’re being tested for and when they are being tested,” said De Francis. “There is little, if any, out-of-competition testing, the kind of testing that has proven so effective in catching athletes who dope in Olympic sports.”

Lear spoke to the subcommittee about the industry’s flawed medication control system, saying,  “We really have no system at all. We have a patchwork, and a poor patchwork, within all of the different states.”

The Jockey Club has long been an advocate of medication reform because the group says that performance-enhancing drugs and therapeutic drugs that mask injuries are a major contributing cause to horse injuries and deaths.

“The overuse of therapeutic drugs – such as powerful pain-masking agents – is one area where change is desperately needed,” said Irby. “Horses that need to be trained or raced under the influence of any performance-enhancing or pain-masking drugs should not be doing so and should be resting instead.”

The Coalition for Horse Racing Integrity represents a diverse group of racing organizations, racetracks, owner and breeder associations, and animal welfare groups that support adoption of a national, uniform standard for drug and medication rules in horse racing. For more information and to read a copy of the proposed legislation, visit horseracingintegrity.com.

Following Tuesday's hearing, the Thoroughbred Safety Coalition issued a statement saying its "priority is the wellbeing of our athletes, both equine and human. To this end, we welcome and applaud all ongoing efforts to increase the safety and integrity of our sport. While lawmakers work through the lengthy legislative process, the Thoroughbred racing community must work together to advocate for and implement meaningful reforms in racing jurisdictions across the country. It is our responsibility to ensure the horses that make our sport so special are racing under the safest and most transparent conditions possible. We can and must act quickly.