Horses to Watch: Walsh trio leads 9 horses worth your attention 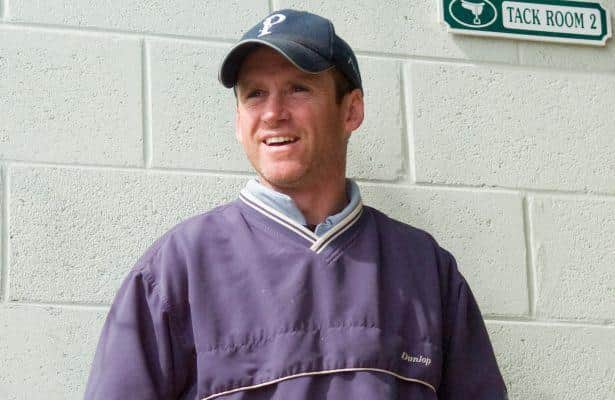 But I’m just as intrigued by Walsh’s third winner, the unheralded Blue Cat. Walsh wins at only an 8 percent rate with first-time starters, yet Blue Cat was clearly ready to roll in his debut at Tampa Bay Downs. Racing a mile over the turf course, Blue Cat was perfectly content to settle in seventh place as the leaders carved out fractions of :23.49, :47.87, and 1:12.36.

But down the homestretch, Blue Cat unleashed a simply wicked turn of foot. In the final furlong (which he ran in about :11.11!), Blue Cat dashed from three lengths behind the leaders to 3 1/2 lengths in front. His final time of 1:36.21 wasn’t anything to write home about, but as a son of turf champion Big Blue Kitten out of a mare by A.P. Indy, Blue Cat is bred to improve with maturity. I think we’ll hear a lot from this talented 3-year-old in 2021 and beyond.

I’m far from the only handicapper adding Prevalence to my watch list after his spectacular debut victory on Saturday at Gulfstream Park. Aside from breaking a step slowly, the Godolphin homebred turned in a virtually flawless performance. After dueling for the lead while racing inside of rivals, Prevalence drew off under the lightest of urging to win by 8 1/2 lengths.

Prevalence stopped the clock in a solid 1:23.00 for 7 furlongs, and his best is surely yet to come. As a son of stamina influence Medaglia d’Oro out of a mare by Horse of the Year Ghostzapper, Prevalance is bred to stretch out in distance and could be a Grade 1 star in the making.

I loved Zofelle’s performance in the Marshua’s River (G3) racing a mile over the Gulfstream turf course. Returning from a 7-month layoff, the daughter of Zoffany rated patiently in the back half of the field through splits of :23.18, :46.12, and 1:09.36, then unleashed an eye-catching wide rally around the far turn to reach contention. By the top of the stretch, Zofelle was clearly moving strongest, and she dashed the final two furlongs in :11.55 and :11.51 to win by two lengths in 1:32.42.

This performance was a noteworthy step forward off Zofelle’s 2020 form, suggesting the 5-year-old mare is only now reaching her peak. A big season could be in the offing if she keeps running like she did in the Marshua’s River.

Delivered as expected in the Smarty Jones Stakes at Oaklawn Park, leading all the way to crush his rivals by 10 1/4 lengths. This Brad Cox trainee is progressing rapidly in the right direction and figures to be a front-running force to reckon with on the Derby trail this winter.

Turned in another impressive performance to win the Pegasus World Cup Turf (G1), bringing his record on turf to a near-perfect 3-for-4. The son of Liam’s Map saved ground early on, then battled his way outside of rivals to rally fast and prevail by a neck over Ft. Lauderdale (G2) winner Largent. From a mile to 1 1/4 miles (or maybe even farther), Colonel Liam should be tough to beat this season.

Fast fractions of :22.90, :46.16, and 1:09.91 couldn’t stop Knicks Go from dominating the Pegasus World Cup (G1) as he stayed on strongly down the stretch to win by 2 3/4 lengths in his first start over 1 1/8 miles. Knicks Go has developed into a monster under the care of Brad Cox and could take aim at either the Saudi Cup or the Dubai World Cup for his next run.

Steve Asmussen trainee showed impressive tenacity to rally and win Oaklawn Park’s Fifth Season Stakes by a desperate nose over multiple stakes winner Hunka Burning Love. A son of Hard Spun out of an Empire Maker mare, Silver State has won three straight races since returning from a layoff in October and is clearly improving with maturity. A graded stakes win should be within reach this winter.

Although Anothertwistafate finished last in the Pegasus World Cup Turf, he didn’t run a bad race by any means. After pressing the pace, Anothertwistafate was in contention until the eighth pole, when he was forced to steady in traffic. In the end, he was beaten only six lengths for victory (and just 3 3/4 lengths for third place), so I’m optimistic he’ll rebound against easier company next time.

Ran too well to lose against Silver State in the Fifth Season, carving out the pace before settling for second place. Hunka Burning Love pulled 3 3/4 lengths ahead of the rest and was carrying seven pounds more than Silver State, so it’s clear the 7-year-old gelding remains in strong form for trainer Karl Broberg.

Ran well below par in the Pegasus World Cup, weakening from a tracking position to finish 10th by 14 lengths. I’ll want to see how Tax bounces back before returning him to my watch list.

I added Mr Vargas to my watch list after a decisive allowance victory on dirt at Los Alamitos, so I was prepared to forgive the 7-year-old veteran if he faltered while switching to turf for the Clocker’s Corner Stakes at Santa Anita. But Mr Vargas ran well below my expectations, weakening to finish last by a wide margin after setting splits of :21.76 and :44.65. Perhaps he didn’t care for the course, or maybe he regressed while racing without Lasix. But for now, I’ll remove him from my watch list.